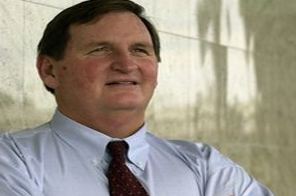 File -- An Oct. 18, 2003 file photo shows Yale Professor Kelly Brownell in Greenwich Conn. Brownell says that most of the taxes on soft drinks tend to be enough to bring in some extra money for struggling state budgets, but small enough not to rile soda manufacturers or significantly change buying habits. Source: AP

ATLANTA: Small taxes on soda do little to reduce soft drink consumption or prevent childhood obesity, but larger levies probably would, according to new research.

The study is being released as a recent wave of proposals would raise soda taxes or create new ones on sugared beverages. But they'll have to be a lot steeper than current taxes, which are generally 4 percent or less, said Roland Sturm, lead author of the new research.

"Small taxes will not prevent obesity," said Sturm, a senior economist at the Rand Corp. in Santa Monica, Calif.

Sturm and his colleagues used information from a 2004 national survey of about 7,300 fifth-graders. The researchers looked at how the children's height and weight had changed over the previous two years and how often the kids said they drank soda and sports drinks. The researchers also reviewed taxes on carbonated drinks that were in effect in 2004.

Roughly two-thirds of the children lived in states that had a tax on soda greater than on other food items. The highest was 7 cents tax on each dollar's worth of soda. The average was about 4 cents.

They found the taxes made no real difference on overall soda consumption or on obesity for kids overall. They did have a small effect on certain children — especially those from families with an annual income of $25,000 or less. Those kids — who drank about seven cans of soda a week, on average — drank one less can because of the taxes, Sturm said.

However, if the taxes were more like 18 cents on the dollar, Sturm calculated it would make a significant difference.

The research is being published online Thursday in the journal Health Affairs. The Rand study was funded by the federal government and the Robert Wood Johnson Foundation.

Most states exempt grocery food from sales taxes. But in recent years, candy and soft drinks have been increasingly targeted, either through a tax or removal of an existing sales tax exemption.

The children in the study were from 40 states, 20 of which had soda taxes when the study was done.

More than 30 states have some form of soda tax today, averaging about 5 cents per dollar of soda.

In the last month, Colorado removed a 3 percent sales tax exemption for candy and soda. Philadelphia's mayor proposed a 2 cents-per-ounce tax on sugary drinks, which would add 24 cents to the price of a can of Coke.

Most of the taxes tend to be enough to bring in some extra money for struggling state budgets, but small enough not to rile soda manufacturers or significantly change buying habits, said Kelly Brownell, director of Yale University's Rudd Center for Food Policy and Obesity.

"Taxes have to be large enough to affect consumption," said Brownell, who has called for a tax as high as 12 percent.

But most people don't want their soda taxed, according to the American Beverage Association, which represents soda manufacturers.

Association officials noted that Maine voters last fall rejected a soda tax. And in a press release last week, the organization pointed to a recent survey of 1,000 U.S. adults by Rasmussen Reports that found 56 percent of Americans are against taxes on candy and soda.

The beverage association did not pay for the telephone survey, said Debra Falk, a spokeswomen for the polling firm.

The Rand study confirms that small taxes on soda don't reduce obesity, and offers no evidence that larger taxes would do any better, said Christopher Gindlesperger, spokesman for beverage association.

"Taxes don't work. What does work is balancing the diet and exercise," he said.