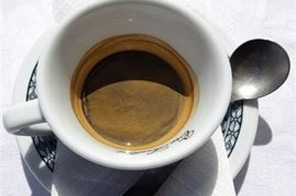 Queensland Health made the suggestion in a policy paper on fatigue risk management, declaring "strategic use of caffeine... to be beneficial" for doctors, Brisbane's Courier-Mail newspaper reported.

"The recommended dosage for a prolonged and significant reduction in sleepiness during a night without sleep has been suggested at 400mg of caffeine... equivalent to about five to six cups of coffee," the document said.

It said energy drinks were also a remedy for weary doctors but recommended caffeine pills or coffee because they were readily available and inexpensive, the Courier-Mail reported.

The Australian Medical Association (AMA) described the guidelines as "disturbing" and said doctors working shifts of up to 80 hours needed to have proper rest breaks.

But he said caffeine was a well-known stimulant "and when you're in a tight spot, it can help."

"What's come through very clearly in the international literature on this across a range of industries is that caffeine can, in fact, improve alertness and performance. That's been a long-established fact," he told Sky News.

"We're not trying to push caffeine down the throats of doctors but we are saying that one thing you can do to improve alertness is some strategic caffeine use."