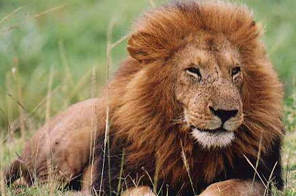 DHAKA: Twenty-one animals, including a Bengal tiger, a lion, a giraffe, a zebra and a tapir, have died at the government zoo in the Bangladeshi capital this year alone, triggering the suspension of two senior keepers last week.
Reza Khan, Bangladesh's top wildlife expert who now heads Dubai Zoo in the United Arab Emirates, told AFP the number of deaths was "abnormally high" and that poor conditions amounted to "torture" for the animals.
"Dhaka zoo is run by vets who don't know the eating habits and wildlife environment of the animals they keep," he said by telephone from Dubai.
"Their cages and enclosures have been built without adhering to international standards."
The zoo has applied seven times to become a member of the World Association of Zoos and Aquariums (WAZA) and has been repeatedly turned down for not meeting membership standards.
Wildlife Trust of Bangladesh chief Professor Anwarul Islam said it was no surprise the animals were dying because the facility lacked the know-how to care for wild animals.
"The zoo authorities do not have any wildlife experts, nor any wildlife biologist. And the veterinarians cannot properly maintain the zoo, which is for wildlife animals, not for livestock," he said.
"One thing the authorities should understand is that livestock and wildlife are not the same thing."
The zoo is home to about 2,000 animals from 130 species and stretches over a 753,000-square-metre (186-acre) park, one of the few open spaces in a crowded city that is home to more than 12 million people.
Most days 8,000 people visit the zoo, undeterred by unkempt and drab cages which are badly in need of a new coat of paint and are blighted by rubbish, including an old shoe that lay in the crocodile enclosure when AFP visited.
Dr Shakif Ul Azam, the zoo's only vet, insists the deaths were a result of natural causes, but he concedes that zoo staff lack expertise and technical equipment.
"We don't have so much space for the animals to roam. Some of the enclosures are small. If we had better instruments to treat them, it would be helpful for us to investigate diseases," he said.
Without WAZA membership, the zoo is unable to take part in animal exchanges that would bring in fresh attractions.
Instead, the Bangladeshi government spent 800,000 dollars last year to bring 38 animals from South Africa to Dhaka through a private contractor.
Of those, a giraffe, two antelopes, a wildebeest and one impala, which contracted anthrax, have died, according to Ul Azam.
There have also been cases of foot and mouth disease and many animals are suffering from acute arthritis, he said.
In the zoo's medical wing, an elderly Indian lion has ongoing health problems while a Nepalese rhino called Kanchi, with protruding ribs and mottled skin, is also in bad shape. Both are expected to die within months.
"She has an infection in her uterus," Ul Azam said of the rhino. "She's 19-plus, and may live three to five months. We are not sure. Rhinos are critically endangered animals so once she goes we can't get another one."
Despite the bad publicity, the acting chief of the zoo, Bibekananda Chowdhury says the facility remains one of the top attractions in the city, home to 12 million people.
"It's one of the most important sites to visit in Dhaka. We have at least 8,000 people visit every day," he said.
"The cost is only 10 taka (14 US cents) which means even poor people can come here. Even without some of the animals, we are still the number one attraction in the city."