Earthquakes, floods and landslides will continue to occur in Nepal, but there is much more we can do before, during and after such events to ensure these natural hazards do not become natural disasters 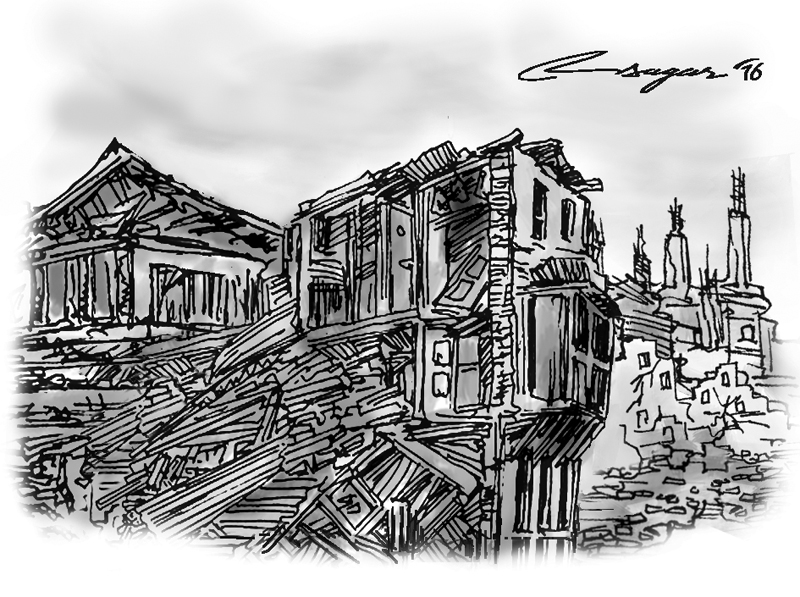 Today we are witnessing human suffering on a scale that has not been seen since the end of the Second World War.

More than 130 million people around the world need humanitarian assistance. Together they would form the tenth most populous country in the world.

It is against this staggering and sobering backdrop that we commemorate this year’s World Humanitarian Day, calling for global solidarity and standing together with everyone affected by crisis.

On this day we unite as ‘one humanity’ with others across the world affected by conflict and disaster, while recognizing the hard work and dedication of humanitarians working in this country, across this region and around the world to alleviate suffering wherever and whenever it is found.

As we have seen over the past 16 months in Nepal, one of the most disaster-prone countries in the world’s most disaster prone region, the Asia-Pacific, the role that humanitarians play is of critical importance.

An estimated 84% of people affected by natural disasters globally live in Asia-Pacific, and 60% of disaster related deaths occur in the region. Every year there are on average 12 serious earthquakes and 43 tropical cyclones in the region.

In this incredibly challenging context, local people are always first to respond, and the last to leave.

Families, friends, neighbours, business owners, students and others already on the ground were vital in saving lives and providing support including rescuing people from collapsed buildings, providing food, shelter and clean water, and setting up temporary clinics and classrooms.

Communities and local authorities had a leading role in responding to the crisis and Nepal is globally recognized as an example for other countries.

This approach of ‘local as possible; international as necessary’ was one of the rallying cries from the first-ever World Humanitarian Summit held this year in May in Istanbul, Turkey.

In order to turn this into a reality across all regions in the world, there was a strong commitment made to support national and local response systems, including providing more support and funding tools for local and national responders on the frontlines of humanitarian action including Government, communities and Red Cross and Red Crescent societies.

This support is intended for preparedness, response and coordination capacities, especially in vulnerable communities.

Floods, droughts, earthquakes and other natural hazards continue to cause massive destruction in Nepal, and to reverse years and even decades of development progress. But there is nothing natural or inevitable about some of the damage that is caused.

Reducing the need for humanitarian assistance means investment in preparedness, governance and sustainable development. It is not enough for communities to simply get back on their feet after disasters or conflict.

We must help communities to emerge from crises with greater resilience and less vulnerability, so that they can withstand future shocks. We have to continue to act preventively as much as possible and, after the disasters, always try to build back better.

This is particularly urgent and important in the context of the significant recovery and rebuilding activities currently underway in Nepal.

In the last month and a half since my arrival in the country, I have been struck by the amount of work already underway to increase resilience of communities and mitigate disaster risk in Nepal.

There have been huge investments and efforts made to ensure that preparedness within communities – and all the way up to the national government– is strengthened, with a greater understanding amongst all partners of how they can and should work together to ensure a more efficient and effective response.

We must continue to support and strengthen these investments in disaster risk reduction, while also not forgetting to focus on the root causes for people being vulnerable and the coping strategies they have.

So when the unexpected happens, it doesn’t cancel out development gains.

Those most vulnerable are often those hardest hit by unforeseen events. We need to increase resilience and ensure that the humanitarian responses do not reinforce already existing inequities. But we all know that despite all of our best efforts, disasters will still happen.

And we must all be ready to respond.

On World Humanitarian Day the UN, with our partners, takes the opportunity to reflect on the dedication, sacrifice and hard-work of not only these actors and organizations but the individuals who have made a contribution to ending human suffering in their community and their country when a disaster strikes, and we make a renewed commitment to do more to work together to strengthen our collective response when it is needed next.

World Humanitarian Day is a reminder to all of us on the need to work together in strengthening the ability to cope and resilience of communities.

Earthquakes, floods and landslides will continue to occur in Nepal, but there is much more we can do before, during and after such events to ensure these natural hazards do not become natural disasters.

Julliand is the United Nations Resident Coordinator to Nepal.