Though the ball of impeachment is clearly inside the NC court, it has to consider all other variables that go into the decision matrix. These include: disruption of constitution amendment process and possible political disturbances 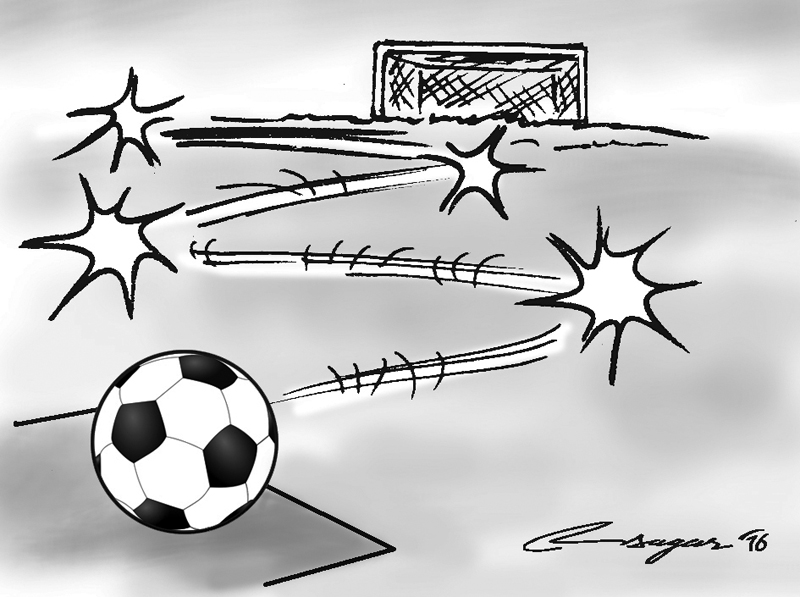 After a week of the filing of the impeachment motion in the parliament against Lok Man Singh Karki, Chief Commissioner of the constitutional anti-graft agency CIAA, the murky water of impeachment politics is being settled gradually.

The surgical manner in which the impeachment motion was registered (within a couple of hours after the formation of the Impeachment Recommendation Committee (IRC) in the House, even the PM was in the dark about the move and many MPs have no idea why their signatures were being collected) seems to have hit the snag as the Nepali Congress (NC) Party has decided to remain quiet till the time of impeachment voting.

Without the support of the NC, it is impossible to garner the required two-thirds majority to impeach the Chief Commissioner.

There are four lines of thinking prevailing within the NC camp leading to the situation of indecisiveness: (a) support the motion (Congress Young Turks), (b) oppose the motion (Congress old boys), (c) get Karki to resign as a face saving device (Congress president Deuba is reported to have said this) and (d) plead the Parliament to wait till the Supreme Court decides on the case related to review of Karki’s appointment.

There is also a fifth line of thinking: wait till Karki furnishes his clarifications to the IRC.

This line of thinking is gaining ground, and is clearly based on the idea that it will be immature to arrive at a decision without listening to the defendant’s views.The wait and see approach of the NC together with more than a month required time to mature the move in the Parliament, one can expect the move to drag on.

Probably, sensing this, some civil society members, political party youth wings and student unions have resorted to organizing public demonstrations – clearly, a strategy to exert pressure on the NC bigheads.

Though it is being reported in the media that the impeachment motion contained half a dozen charges against the Chief Commissioner, they are not mentioned in a categorical order. These charges range from high-handedness, perjury, transgression of authority to failing to perform duties.

However, these charges have been overshadowed by raison d’ etre of impeachment, i.e. to correct the past mistake of appointing Karki as the Chief Commissioner.

Interestingly, a case is also pending at the Supreme Court seeking to review his appointment. However, one should be clear that the issue of impeachment is basically tied up with the performance and behaviour of Karki and different from the issue related to his appointment.

If the NC expects to wait till the Supreme Court verdict on appointment then there is also a probability that the MPs have lodged the motion in the Parliament, sensing in advance that the court, other than reinterpreting the constitutionality of Karki’s appointment, cannot legally fire him from his position. The right to fire goes with the right to hire.

There is also a complicating dimension: How the MPs deal with the issue of conflict of interest related to an advocate Ram Narayan Bidari, who earlier pleaded on behalf of Karki, is now injected as a member of the IRC? He is also an MP who signed the impeachment motion.

It is also reported in the media that the recently formed IRC, which is preparing its working procedure, is already embroiled in a controversy over the decision criteria. In the eleven member committee, the NC wants to have a two-thirds majority, CPN-UML, a simple majority and RPP-Nepal, a unanimous decision.

Along with the controversy generated by the induction of Bidari in the IRC, one can expect the IRC decisions to be impaired.

The reason why some Congress old boys are not happy with the move is that, being the largest party without its support the motion cannot be passed.

It was never informed and consulted for the move.

Apprehensions loom around within the NC camp that this could be a ploy by the communists to break the present NC-Maoist coalition and stop Deuba from becoming the next prime minister. K. P. Oli, Chairman of CPN-UML has warned Dueba if the NC failed to support the motion, his party will support the Maoists.

Clearly, Oli is using the impeachment motion as a bargaining chip or even a personal vendetta for the unceremonious ousting in August.

Though the ball of impeachment is clearly inside the NC court, it has to consider all other variables that go into the decision matrix. These included: disruption of constitution amendment process thereby further distancing the agitated Madhes-centred political parties, possible political disturbances to be created by the monarchists and others who support making Nepal a Hindu State.

Thus there is a need to hold elections on time to avoid a political void and uncertainty and deal with a situation of chaos and impunity arising out of the defanged and defunct anti-graft agency, the CIAA.

The last point also entails Nepal’s commitment and obligations to the ratification of UN Convention against Corruption, signed in 2003 and ratified in 2011.

The politics of impeachment is far greater and subtler than meets the eye. Anyway there is a saying in Nepal: what is real is invisible and what is visible is ritual.