Being a relationship business venture in nature, the insurance sector is expected to cross the minimum 25 per cent coverage as against the current coverage of eight per cent in the next five years 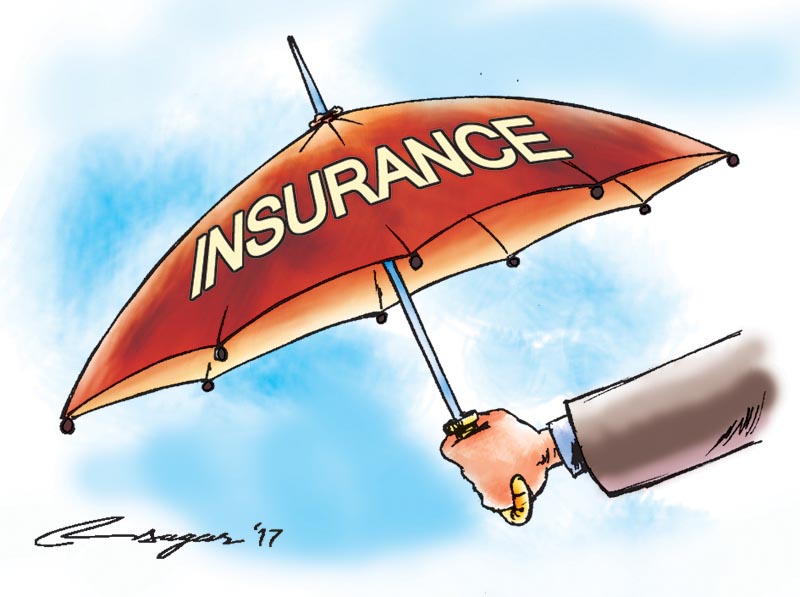 Illustration: Ratna Sagar Shrestha/THT
Insurance is commonly known as the transfer of risk from individual to the insurance companies with premium amount. The major issues are hot in the market after issuance of operation licenses to the life and non-life insurance companies recently. The sector is crawling to occupy the potential market from eight per cent where a huge gap has been found in experienced human resources. In 2064/65, when only five new companies were in existence, there were less Nepali experts and experienced personnel. It was difficult to expand the concepts of insurance to the market then. But when an additional four companies came into operation, the number of companies grew but it was difficult to access the potential market and provide sufficient information to the people. When new companies to the market were added, it showed the deficiency of expert and experienced human resources. In the meantime, some grabbed better opportunities for upgradation. There were plenty of new opportunities for job seekers. Due to such opportunities, some took the benefit by jumping without preparing themselves to take charge. Neither did they change themselves nor gained skills in terms of maturity and capacity as time changed. They played the role just as permanent employees holding seniors posts. Currently, the Government and Insurance Board (IB) granted licenses to 10 new life insurance companies where at least three department personnel are required to come into operation. Reinsurance, underwriting and claim have been defined for the minimum purpose. The individual required will be of at least managerial level (as per the latest amendment of governance directives and company operations directives). In the aftermath of operations of such companies, a large number of trained staff will be transferred with good opportunities. A huge gap may occur, and it may take a long time to recover from such a gap. Besides huge opportunities in the job market, there is an expansion of life insurance market throughout the country supporting the nation in capital building. Experience means not only a getting job after spending the period term but also to learn, accept  and innovate to prepare individuals for upcoming positions and capacity building to handle the positions with efficient services. But the concerned agencies have defined such experiences only for spending the period term excluding prior experiences of the non-insurance sectors. This seems to be a kind of favoritism and restrictions to open competition. It is true that the insurance sector covers only around eight per cent of the total population. It needs not only expansion but also access to every citizen from the local level. This must be promoted to facilitate local bodies through various products. For the past 10 years, no new companies have come into operation. This period taught a lesson about the perspective of the sector in the Nepalese market. In the meantime, the concerned authorities did not play the supportive, concrete roles to boost the sector efficiently. Most of the new companies faced a large number of turnover especially the top management that resulted in low performance and business. In the meantime, big and older ones are able to establish their brand values and be able to generate huge profits and occupy the market while new comers suffer without proper leadership. The Insurance Board is governing all the existing 27 companies at the moment. It is playing a leading role in terms of policy making, governance and maintaining systems. But while going through the internal management, it has shown that it is lacking in various sectors. The board must address the queries promptly and deliver the result early. IB chairpersons change with political interference and influences. Being a governing body, it should play a role in promoting the sector as well as generating competent manpower with open competition practices. The policies and guidelines should be linked with the new companies branding promotion also. There should be a single voice from the board while delivering suggestions on related matters rather than departmental logic. There must be regular interaction programs for the companies’ development. It is obvious that  the market will face a shortage of competent manpower and hence the sector would be unable  to overcome  such situations until the first  two years of operation when the established management is constant.  Since there may be options to take some of the competent and experienced manpower from finance, microfinance, banking and other sectors, the new companies should invest a large sum for capacity development.  Additional unions will be expanded and more challenges will be faced by the management relating to fringes and benefits. Besides, retention of potential staff is a huge challenge. Being a relationship business venture in nature, it is expected that the sector may cross the minimum 25 per cent coverage than the current coverage of eight per cent in the next five years. If it is achieved, it will boost the industry and earn the trust of the people. This would prove that the Insurance Board has played a crucial role for the further improvement of the industry, otherwise there may not be logic of approving such.  For improvement, the Insurance Board must turn to incorporate energetic human resources who can be future leaders for the purpose.
#insurance #Insurance companies #issuance of operation licenses
You May Also like: