“Imagine what will happen when they come back to a country where there are no jobs”, asks Nandita Baruah of Asia Foundation, “In-flight beer a rare treat for Nepali migrant workers” (THT, August 3, Page 12).

One word can explain her consternation: catastrophe. As Dahal has taken over the mantle of prime minster for the second time in one of the world’s poorest nations on earth, he might have to deal with the unpleasant task of evacuating hundreds of thousands of Nepali workers from Saudi Arabia where 10,000 Indian workers are reportedly starving. 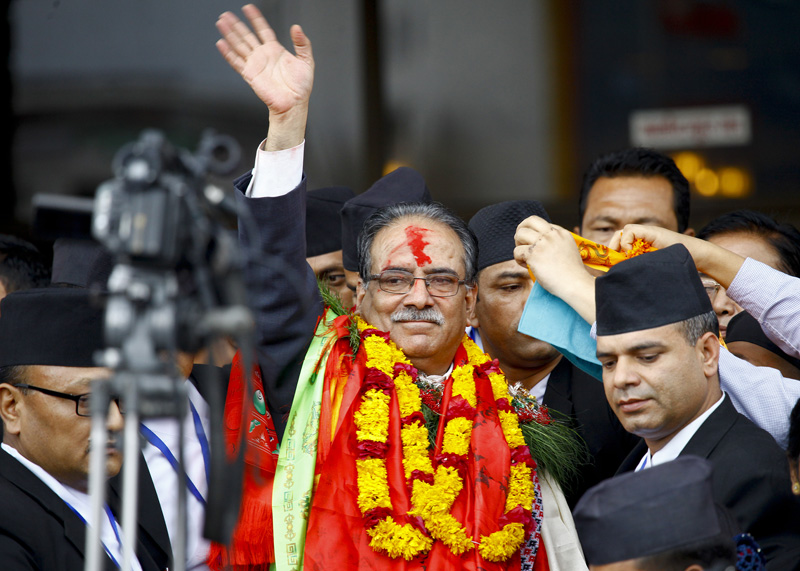 While India has sent its junior minister V K Singh to bring back their unfortunate nationals, only time will tell if we will have to do the same with our people. Just because Nepali mission has not received information formally, there is no reason to believe that Nepali nationals are safe from retrenchment and starvation.

Nearly 600,000 Nepalis are reportedly working in Saudi. Playing on Nandita Baruah’s fear of blowback exodus of Nepali workers, can the government cope with the eventuality? How will Dahal evacuate them? Should this happen, we will have a catastrophic problem.

Apropos of the news story “Leopard beaten to death” (THT, August 3, Page 2), this story made me perturbed.

Indeed, the leopard is a rare animal on this planet. But, at the same time, people are fond of hunting such rare animals in an illegal way.

And, of course, people are losing their common sense when it comes to dealing with a wild beast wandering in the urban areas. Instead of beating the leopard, the locals should have shown a sense of humanity by letting the security personnel or wildlife conservationists to take care of it.

It is not surprising that often villagers kill leopards whenever they enter their villages as a revenge. As per the news story “the locals said they killed the leopard after it attacked them and injured eight locals.”

My question is that we should have treated it humanely, not brutally. All in all, killing a leopard is not a solution. We must not encroach upon their wildlife territory. Locals must not be provoked by the presence of any wild beasts. Rather, they should help rescue them.

Since Nepal is also participating in the 2016 Rio Olympics which is being held in Brazil, the largest Latin American country.

There will be seven athletes, including Gaurika Singh for swimming, who are taking part in the greatest sporting event in the history of the world to be

All those athletes will be followed by their own coaches for this event. Although nothing high and much is expected from them these players will be just focusing on either setting or breaking national records to make Nepal feel proud.

Hence, we can say all the best to our athletes carrying the national flag at the world event.