By Associated Press
TOKYO: A Japanese spacecraft is approaching the surface of an asteroid about 280 million kilometres (170 million miles) from Earth. The Japan Aerospace Exploration Agency said Thursday that Hayabusa2 began its approach at 1:15 p.m. The start was delayed for about five hours for a safety check, but the unmanned craft is still is due to touch down as scheduled on Friday morning. It will attempt to collect material from the asteroid that could provide clues about the origin of the solar system and life on Earth. 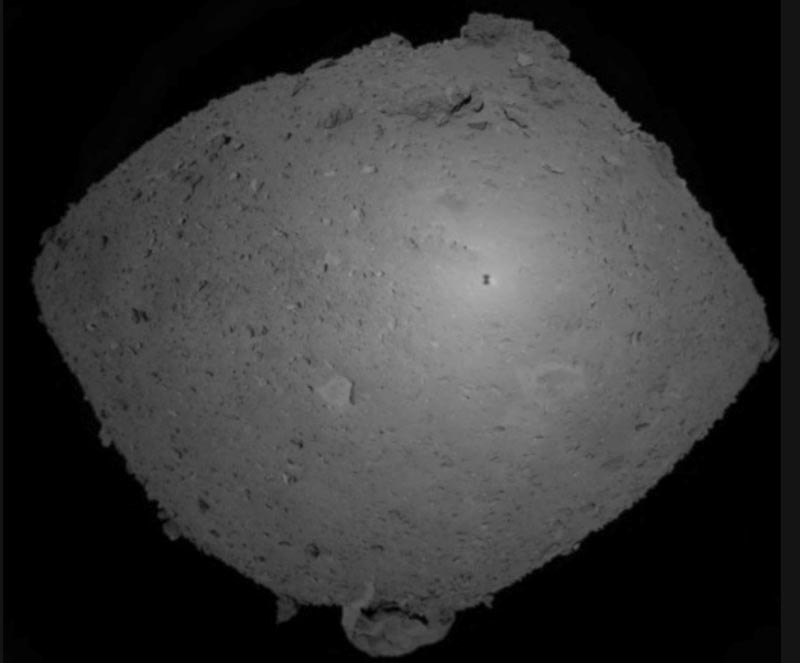 This image captured by the Japan Aerospace Exploration Agency (JAXA) on October 25, 2018, shows asteroid Ryugu. Hayabusa2's shadow is seen at centre right over Ryugu. Photo: JAXA via AP
The landing will require precision. Hayabusa2 is aiming for a 6-metre- (20-foot-) wide strip to avoid obstacles on the asteroid's surface. The asteroid is about 900 metres (3,000 feet) in diameter. It is named Ryugu after an undersea palace in a Japanese folktale.
#Japan #Solar system #Asteroid #Japan Aerospace Exploration Agency #japanese spacecraft
You May Also like: