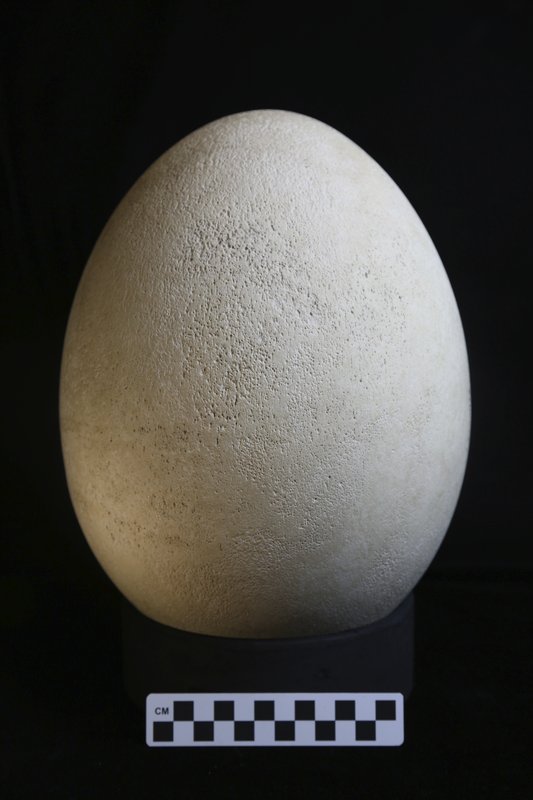 This photo provided by The Buffalo Museum of Science shows a rare elephant bird egg that curators recently realized is an actual egg from the extinct creature. Photo: AP
BUFFALO, NY: A Buffalo museum has made a rare discovery within its own collection: a fully intact egg from the extinct elephant bird that until now, was thought to be fake. Curators at the Buffalo Museum of Science were cataloging pieces in the museum’s collection when they realized and confirmed that the foot-tall egg had been mislabeled as a model. Measuring 28 inches (71 centimeters) around, it weighs more than 3 pounds (1.4 kilograms). Experts say there are fewer than 40 intact elephant bird eggs held in public institutions. The flightless elephant bird was native to Madagascar. It grew to be 10 feet (3 meters) tall, weighed between 770 (349 kilograms) and 1,100 pounds (499 kilograms) and laid the largest eggs of any vertebrate, including dinosaurs. The museum will unveil the egg to the public May 1.
#New York #Science #Madagascar #museums #buffalo #Elephant bird egg
You May Also like: