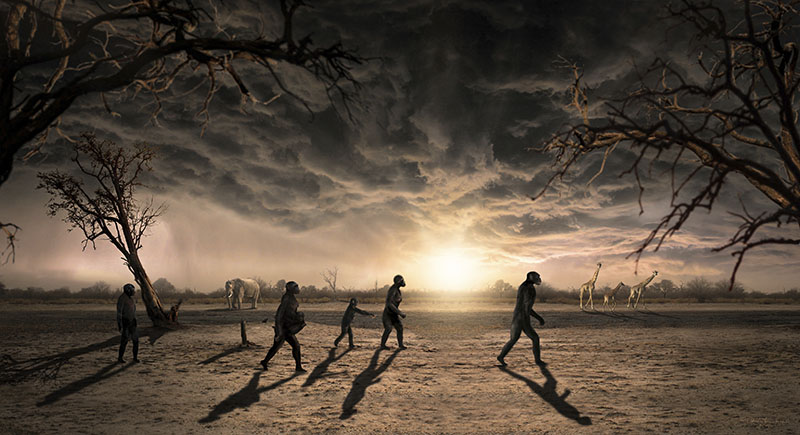 File - A reconstruction of the northern Tanzanian Laetoli site 3.66 million years ago, where 14 footprints from a human ancestor, believed to be Australopithecus afarensis, were found, in December 2016. Findings were described in a report released on Wednesday, December 14, 2016, by the journal eLife. Illustration/Photo: Dawid A Iurino via AP
JOHANNESBURG: Scientists say a species belonging to the human family tree whose remnants were first discovered in a South African cave in 2015 lived several hundred thousand years ago, indicating that the creature was alive at the same time as the first humans in Africa. Professor Lee Berger, the research leader, said Tuesday that a meticulous dating process shows that Homo naledi (nah-LEH-dee), which had a mix of human-like and more primitive characteristics, existed in a surprisingly recent period in paleontological terms. Researchers also say they found a second cave with more fossils of the Homo naledi species, including a "remarkably well-preserved" skull of an adult male. The discoveries were announced at the Cradle of Humankind, a site near the South African town of Magaliesburg where the fossils were found.
#South Africa #human ancestor #South African cave #Homo Naledi #human-like species #human family tree #Professor Lee Berger #Magaliesburg
You May Also like: