Soyuz rocket carrying crew of 3 blasts off from Baikonur 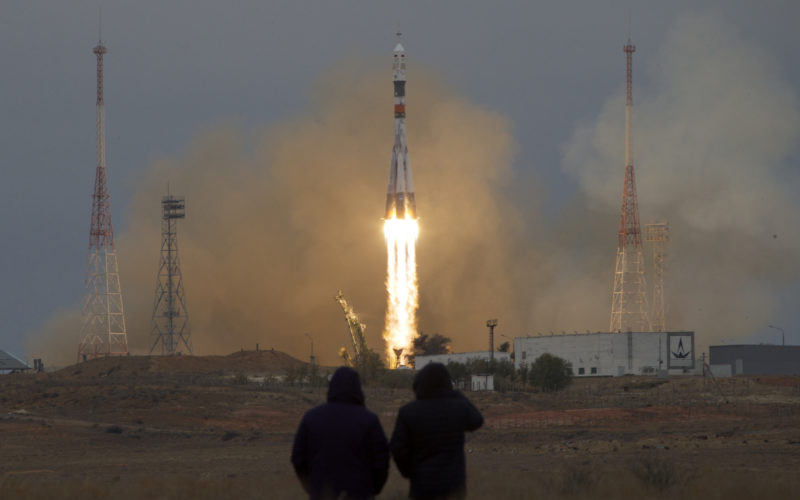 The Soyuz rocket booster with Soyuz MS-2 space ship carrying a new crew to the International Space Station, ISS, blasts off in Russian leased Baikonur cosmodrome, Kazakhstan, on Wednesday, October 19, 2016. Photo: AP
BAIKONUR: A Soyuz rocket carrying two Russians and an American has blasted off for the International Space Station.
The crew of Roscosmos Sergey Ryzhikov and Andrey Borisenko and NASA astronaut Shane Kimbrough lifted off as scheduled from the Russian-operated Baikonur launch facility in the steppes of Kazakhstan at 2:05 pm local time (0805 GMT) Wednesday. The Soyuz MS-02 space capsule is set to dock at the space outpost on Friday. The capsule successfully reached the designated orbit about nine minutes after the launch. Space officials said its systems were working flawlessly and the crew was feeling fine. The launch was originally set for Sept. 23, but it was postponed because of a technical issue with the Soyuz spacecraft that was eventually fixed. Kimbrough, Ryzhikov and Borisenko are to spend just over four months at the station before coming back to Earth in late February.
#NASA #International Space Station #Kazakhstan #Soyuz rocket
You May Also like: