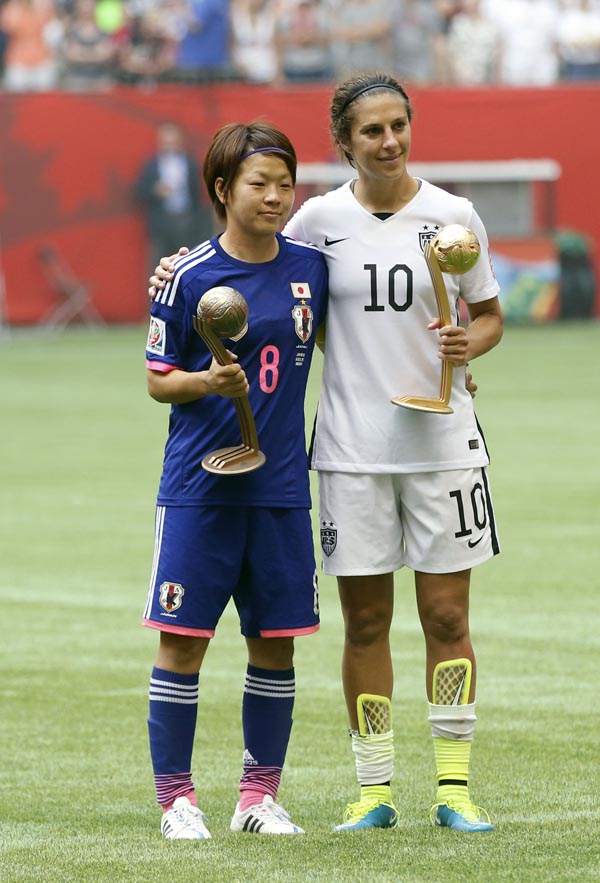 The holders were thumped 5-2 by the United States in the final in Vancouver, Canada, on Sunday but the FIFA executive committee member said the Japanese should not be despondent.

"The Nadeshiko have made Asia proud with their performance. I would like to congratulate the whole team, the coach and the Japan FA for an excellent tournament," he said in a statement on Monday.

"...they fell just short of victory in the final. However, I am sure that we have not yet seen the last of this team."

The Bahraini royal said Japan, China, Australia, South Korea and Thailand had each received $200,000 subsidies from the AFC for qualifying for the World Cup.

Thailand were the only AFC side out of the five who failed to make it through to the knockout stages in Canada and Salman credited the AFC development programmes for the success.

"I am confident that Asian women's teams will continue to excel on the world stage, with new contenders also starting to challenge established teams for the top positions.

"This shows that our women's football development programmes are starting to bear fruit."

US usher in new era of dominance with World Cup win

Tears in Tokyo as Japan thumped in World Cup final