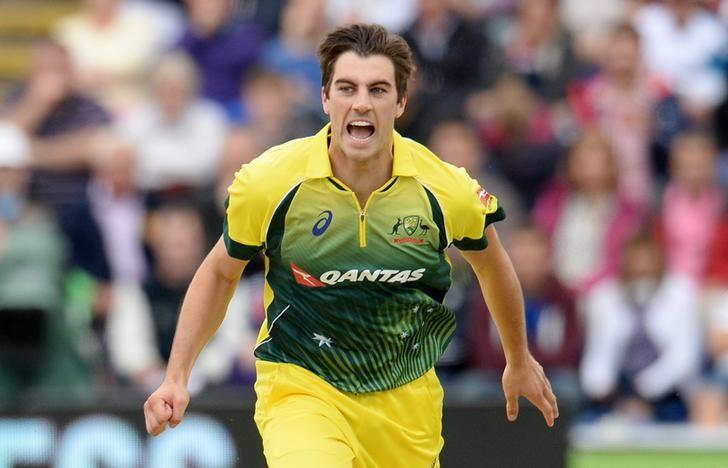 Australia's Pat Cummins reacts during the NatWest International T20 match between England and Australia, at SSE SWALEC Stadium, in Cardiff Wales, on August 31, 2015. Photo: Reuters/ File
MUMBAI: Australia fast bowler Pat Cummins will miss the three-match Twenty20 series against India to keep him fresh for the Ashes against England later this year, Cricket Australia said on Friday. After more than five years of injury setbacks preventing his talent from blooming, the 24-year-old made an inspiring return to the test arena against India earlier this year. He has since been a regular in the 50-over format and is expected to be part of Australia's pace attack in the Ashes and will therefore return home from India after the remaining three ODIs in the five-match series. "Pat has played a considerable amount of cricket this year after a long period away from the game due to injury," national selector Trevor Hohns said. "His body has handled the return to international cricket well, but we believe the best plan for him ahead of the Ashes series is to return home to refresh, both mentally and physically, before he prepares for Sheffield Shield cricket." The replacement for Cummins in the T20 squad will be announced later, CA added. Australia trail 2-0 in the five-match ODI series and must win against India at Indore on Sunday to stay alive.
#Australia cricket #India #Australia #Cricket Australia #Ashes series #Pat Cummins #Twenty20 series #Three-match twenty20 series #Indiam Ashes series
You May Also like: