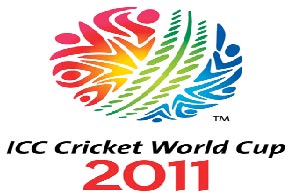 Shane Watson-inspired Australia defeated New Zealand by six wickets at SuperSport Park in Centurion two days ago in the second most prestigious national team one-day tournament after the World Cup.

Pakistan, surprise semi-final losers to New Zealand in the Champions Trophy, and co-hosts Sri Lanka are the other major forces in Group A which is completed by Zimbabwe, Canada and Kenya.

India, who will host most matches in the quadrennial tournament, South Africa, England and the West Indies are the top-eight teams in Group B with co-hosts Bangladesh, Ireland and the Netherlands completing the line-up.

Australia, winners of the last two World Cup tournaments, and a star-studded Indian team back by their passionate supporters will be early favourites for the ultimate cricket prize.

#Australia #New Zealand to meet again in World Cup
You May Also like: