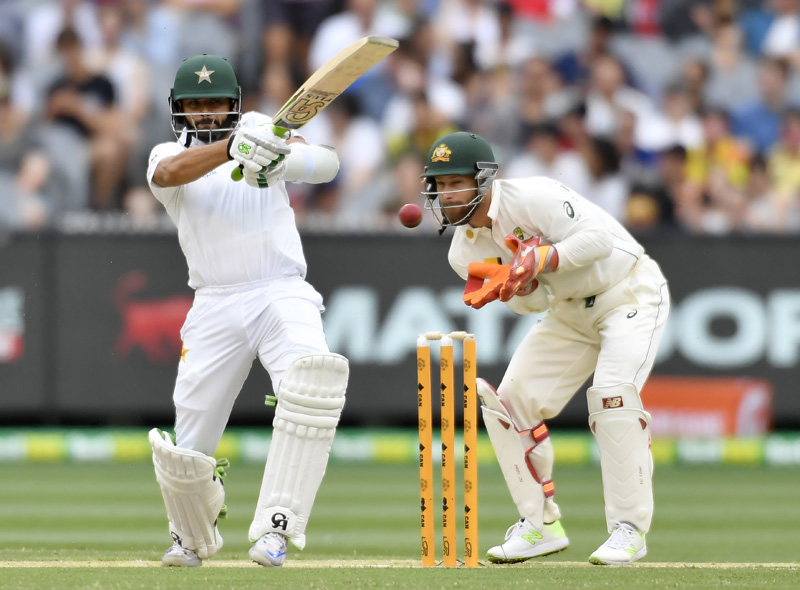 MUMBAI: Australia wicketkeeper Matthew Wade is confident his back problem will not flare up during the team's four-test series in India, the 29-year-old said on Thursday.

Wade abandoned the recent one-day tour of New Zealand to return home to manage a bulging disc before joining his team mates at a pre-series training camp in Dubai.

"It's just something that I'll have to manage," Wade told reporters at Mumbai's Brabourne Stadium.

"The disc just bulged a little bit but it just hit one of the nerves, so it took a little while to come right.

"I've done it before, touch wood it doesn't happen again but if it does I'm confident that I can turn it around pretty quick."

Australia will take on world number one India in the first of the four tests at Pune next Thursday and Wade is aware that his keeping techniques will be thoroughly tested in India's spin-friendly conditions.

"It's trying to get all that out of your mind and stick to the basics," the Victoria captain said.

"The ball that turns and bounces, you'll react if your technique's good.

"It's about trying to hone my technique in the next week or two, then when you do get one that spits out of the rough it's just trusting your technique.

"But I quite enjoy keeping over here, the ball beats the bat a lot more up to the stumps so that's probably the challenge.

"In Australia the ball doesn't beat the bat consistently so it's hard to get a consistent rhythm up to the stumps," he said.