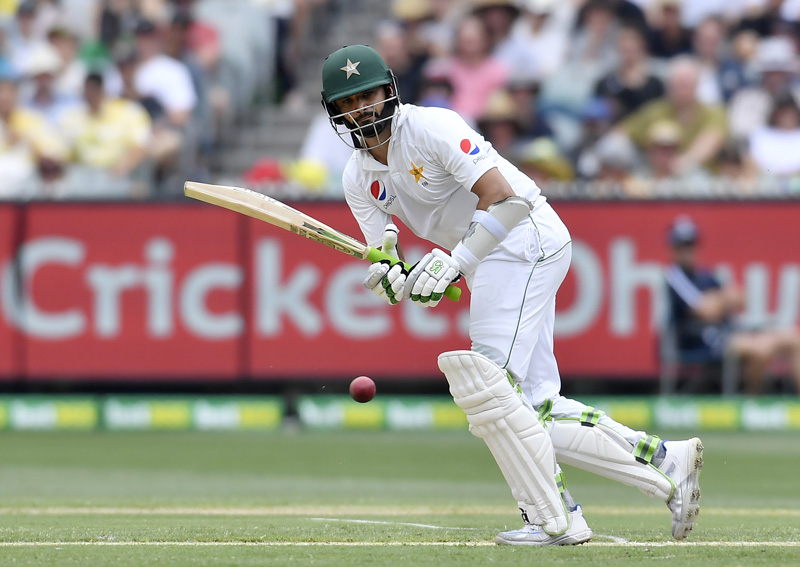 Pakistan's Azhar Ali hits a shot against Australia on the second day of their second cricket test match in Melbourne, Australia, Tuesday, Dec. 27, 2016. Photo: AP
MELBOURNE: Azhar Ali has stepped down as Pakistan's one-day captain following the team's heavy defeat in Australia with wicketkeeper Sarfraz Ahmed taking over the job, the Pakistan Cricket Board (PCB) said on Thursday. The former world champions rank a lowly eighth in one-dayers and speculation was mounting about the future of Azhar's captaincy following the team's 4-1 series loss in Australia last month. "Azhar Ali recently called on PCB Chairman Shaharyar Khan and informed him that he wished to relinquish the captaincy of Pakistan's ODI team mainly because it was affecting his batting form," the board said in a statement.

Pakistan's Azhar Ali hits a shot against Australia on the second day of their second cricket test match in Melbourne, Australia, Tuesday, Dec. 27, 2016. Photo: AP
"PCB thanked him for his dignified leadership of the team and informed him that his standing in the team would not be affected by his relinquishing of the captaincy," it added. Sarfraz, 29, took over as Pakistan's Twenty20 captain last year. Under Azhar, Pakistan slipped to ninth in the one-day rankings before moving up a place to qualify for this year's Champions Trophy, a top-eight tournament, in England and Wales.
#Sarfraz Ahmed #Azhar Ali #Champions Trophy #Pakistan Cricket Board
You May Also like: