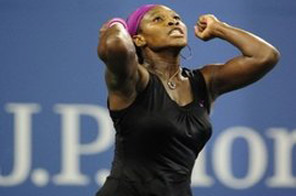 REGGIO CALABRIA: The president of the International Tennis Federation thinks Serena Williams will receive a fine but not be suspended for her U.S. Open tirade.

In an interview with The Associated Press on Saturday, Francesco Ricci Bitti said a fine would "make much more sense."

Grand Slam administrator Bill Babcock is expected to give his recommendation to the Grand Slam committee, which will likely announce the sanction Monday or Tuesday.

The Grand Slam committee is composed of Ricci Bitti and the four Grand Slam presidents. Ricci Bitti suggested it would be counter productive for the committee to ban the top-ranked player from for the Australian Open.

#Ban unlikely for Williams:ITF president
You May Also like: