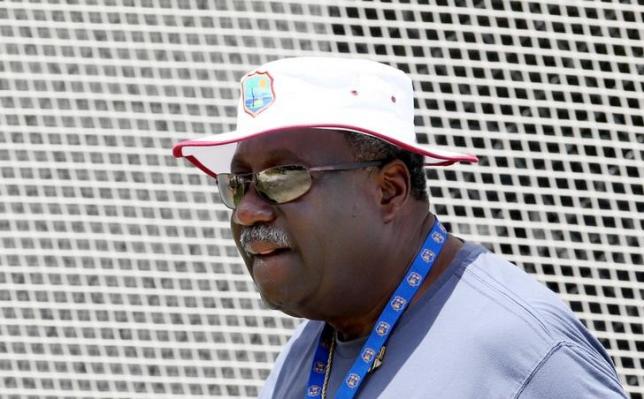 Former West Indies' Captain Clive Lloyd looks on during nets
Mandatory Credit: Action Images / Jason O'Brien/ Livepic.
Former wicketkeeper-batsman Courtney Browne has replaced Clive Lloyd as West Indies' chairman of selectors with immediate effect, according to their cricket board (WICB). Browne, who played 20 tests and 46 one-dayers for West Indies, has been a member of the senior men's selection panel and was given a two-year term as the chairman. The WICB said that Lloyd, who led West Indies to two World Cup triumphs, will be appointed as a special ambassador effective from Oct. 1. "The time as chairman was quite rewarding and I am hoping my contribution would have added value to the current system," Lloyd said in a WICB statement. "I made every attempt to serve with distinction and I was pleased to contribute to the game again." West Indies will face South Africa in Bridgetown in the ongoing triangular series on Friday for a place in Sunday's final against Australia.
#West Indies #Courtney Browne
You May Also like: