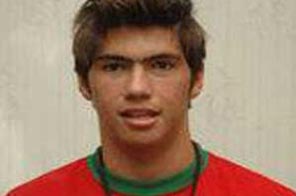 HARARE: Leg-spinner Graeme Cremer claimed career-best figures of 6-46 to guide Zimbabwe to a dominant 86-run win over Kenya in the second one-day international here on Tuesday.

Zimbabwe won the toss and elected to bat at the Harare Sports Club, Hamilton Masakadza following up his 156 in Monday's first ODI with a well-struck 66 and Stuart Matsikenyeri hitting a run-a-ball 71 for the tail.

Cremer also enjoyed a cameo batting role, hitting 31 off 19 balls for an eight-wicket stand of 65 that saw the home side through to 264 runs off their allotted 50 overs.

The pick of the Kenya attack was the slow left-armer Hiran Varaiya, who claimed 3-38 in his 10 overs.

The teams play again on Thursday with Zimbabwe in pole position at 2-0 up in the five-match series.

#Cremer spins Zimbabwe to win over Kenya
You May Also like: