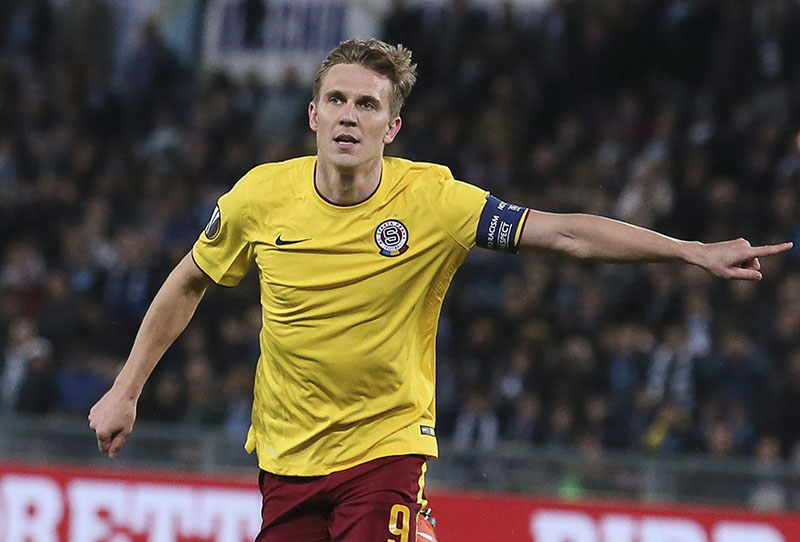 FILE- Sparta Prague's Borek Dockal celebrates after scoring his side's opening goal during the Europa League, round of 16, second-leg soccer match between Sparta Prague and Lazio, at Rome's Olympic stadium, on Thursday, March 17, 2016. Photo: Alessandro Di Meo/ANSA via AP
PRAGUE: Czech Republic midfielder Borek Dockal has agreed on his transfer from Sparta Prague to Henan Jianye in the Chinese Super League. Both clubs confirmed the move Saturday on their websites. Financial details have not been given but Sparta says the transfer fee was "extraordinary" for Czech football. Czech media reports said Sparta may have received about 8.5 million euros (around $9 million) for the 28-year-old playmaker. Dockal joined Sparta in 2013 after he previously played for Konyaspor in Turkey and Rosenborg in Norway. He has scored six goals in 29 internationals.
#Henan Jianye #Dockal #Borek Dockal
You May Also like: