Dortmund's Goetze to miss rest of season with metabolic disorder 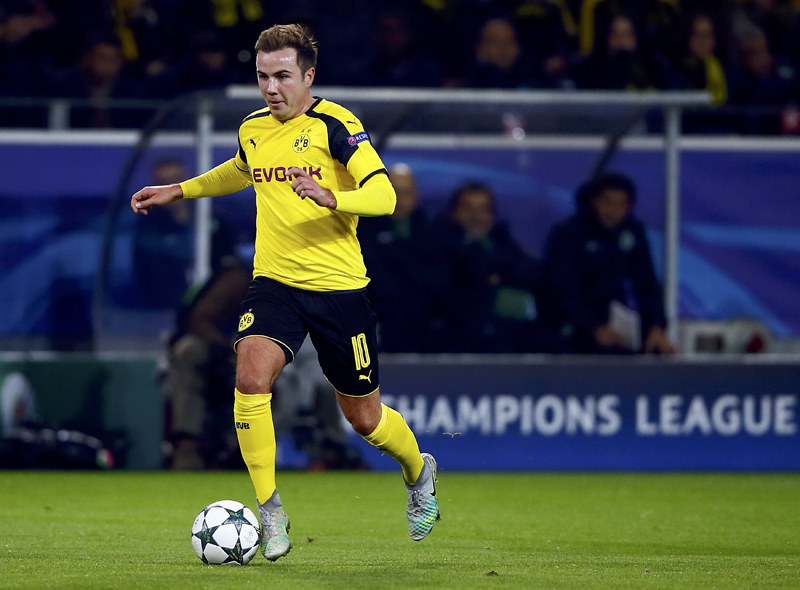 Borussia Dortmund's Mario Goetze in action during the match. Photo: Reuters
BERLIN: Borussia Dortmund midfielder Mario Goetze will miss the rest of the season while he receives treatment for a metabolic disorder that is causing muscle problems, the Bundesliga club said on Wednesday. Goetze, who has made 16 appearances in all competitions this term, was pulled out of training last month after investigations by the club revealed he had "metabolic disturbances." "The long term target for the player is to be fully fit and ready to play for the start of next season," the club said on their website. "If he responds positively to treatment, Goetze can start back training in early summer. The midfield player is currently undergoing rehab and an individual training programme." Champions League quarter-finalists Dortmund are third in the Bundesliga, 16 points behind leaders Bayern Munich with 10 matches remaining, and host second-bottom Ingolstadt on Friday. Dortmund also face Bayern in the German Cup semi-finals.
#Germany #Borussia Dortmund #Bundesliga #Mario Goetze #German Cup #Metabolic disorder
You May Also like: