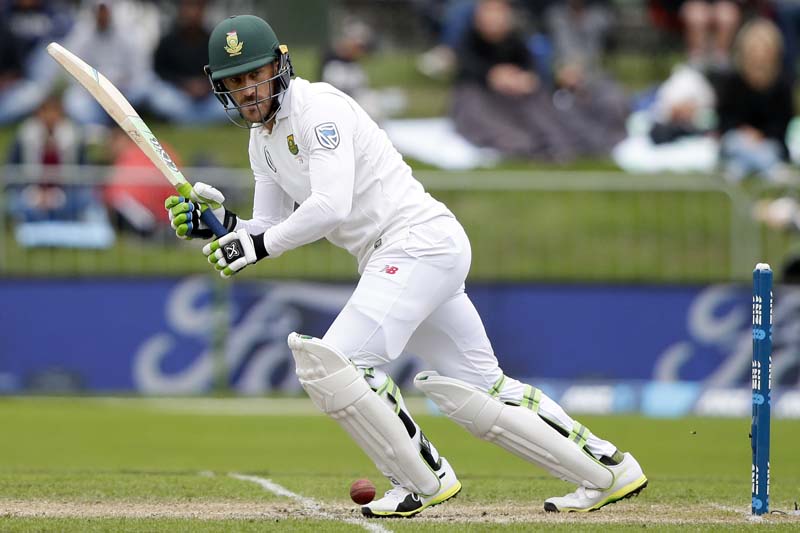 CAPE TOWN: Faf du Plessis was appointed South Africa’s One Day International captain on Monday in place of AB de Villiers, giving him the top job in all three formats of the game.

The 33-year-old was first the captain of South Africa’s Twenty20 team and stepped up to replace De Villiers as test skipper in December. He has played 43 Tests, 113 ODIs and 36 T20 internationals for his country.

“He has established himself as one of the best leaders in world cricket and this was reflected in his appointment as the captain for the World XI currently engaged in the T20 Series against Pakistan,” said a statement from Cricket South Africa’s chief executive officer Haroon Lorgat.

Du Plessis’ first series in charge of the ODI squad will be at home against Bangladesh next month.

De Villiers stood down as ODI captain last month after a six-year spell but remains available for selection.

#South Africa #Faf du Plessis
You May Also like: