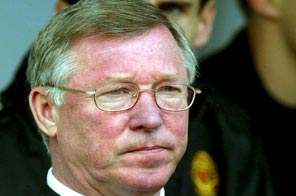 LONDON: Sir Alex Ferguson was given a four-match touchline ban for improper conduct by the Football Association (FA) here on Thursday following an outspoken attack on referee Alan Wiley.

The Manchester United manager, who admitted an FA charge of improper conduct, publically labelled Wiley as "unfit" after his Premier League champions were held to a 2-2 draw by Sunderland at Old Trafford on October 3.

But on Thursday he was banned for four games, of which two are suspended until the end of the 2010/11 season, fined 20,000 pounds (33,148 dollars) and warned as to his future conduct following his "grossly improper and wholly inappropriate" comments about Wiley.

Peter Griffiths, chairman of the regulatory commission which decided Ferguson's punishment, said after Thursday's hearing: "Each member of the commission recognised Sir Alex Ferguson's achievements and stature within the game.

"Having said that, it was made clear to Sir Alex that with such stature comes increased responsibilities.

"The commission considered his admitted remarks, in the context in which they were made, were not just improper but were grossly improper and wholly inappropriate. He should never have said what he did say.

The commission said the suspended sanction would be automatically activated should Ferguson be found guilty of a similar charge before the end of the 2010/11 season on top of any sanction imposed for that offence.

Ferguson accused Wiley of not being "fit enough for a game of that standard" and of "walking up the pitch for the second goal needing a rest".

The 67-year-old Scot has since apologised to Wiley.