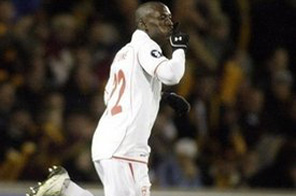 LONDON: Premier League side Hull City look set to sign striker Marc-Antoine Fortune from French side Nancy.
New Celtic boss Tony Mowbray was reportedly keen to make the 27-year-old his first signing at Parkhead but the player is likely to opt for the Premier League outfit instead.
Nancy sporting director Nicolas Holveck said: "He has had permission to speak to clubs but the most advanced discussions, and the team that is very close to signing him, is Hull City.
"It's highly possible a deal will be agreed over the weekend and, while these things can change at the last minute, Hull are the clear favourites."