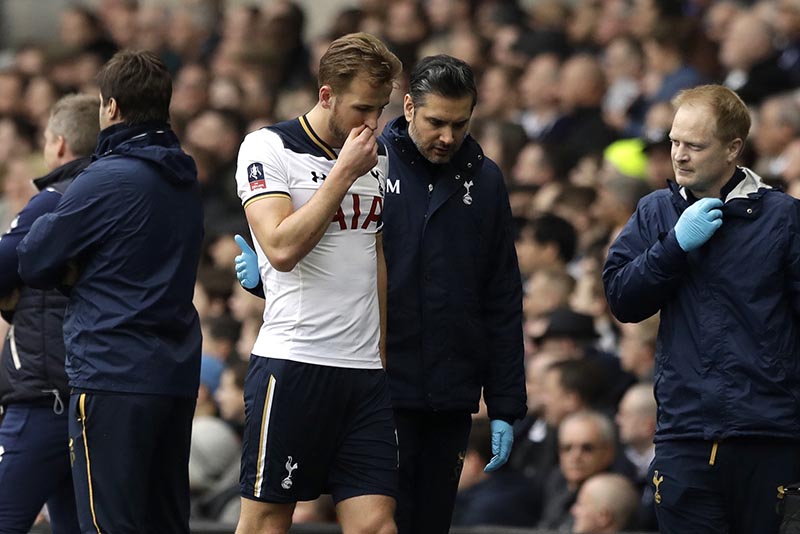 Tottenham's Harry Kane (center left) leaves the pitch after getting injured during the English FA Cup quarterfinal soccer match between Tottenham Hotspur and Millwall FC at White Hart Lane stadium in London, on Sunday, March 12, 2017. Photo: AP
LONDON: Tottenham says striker Harry Kane damaged ligaments in his right ankle during the team's FA Cup quarterfinal match against Millwall. The Premier League club says the injury is similar to the one sustained by Kane in a league game against Sunderland in September, which ruled the England international out for seven weeks. Spurs say "however it is not considered to be as severe." Kane, who was hurt early in the 6-0 win over Millwall on Sunday, continues to be monitored by club doctors. Tottenham did not give a predicted timescale for the striker's absence.
#English Premier League #Tottenham #Harry Kane
You May Also like: