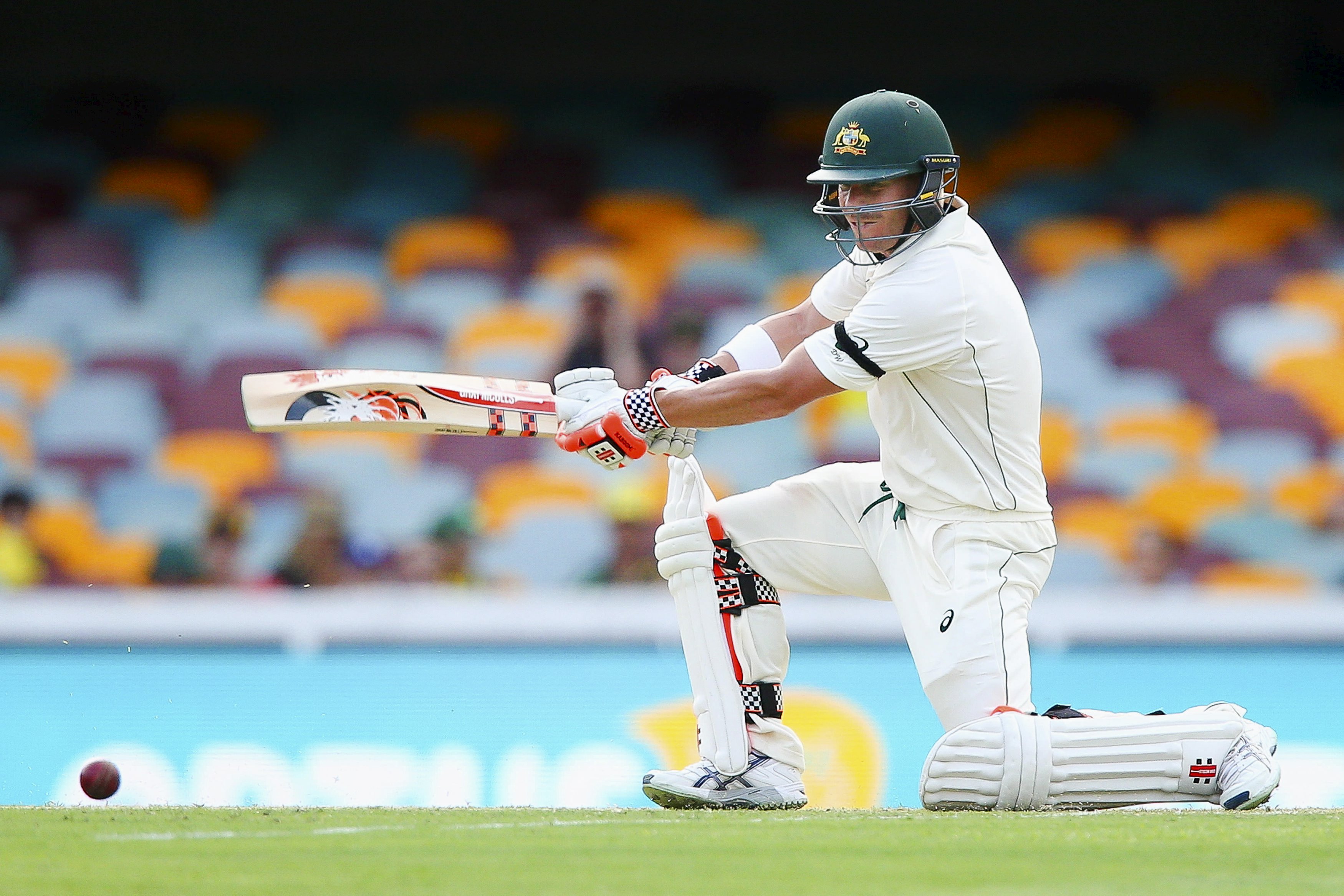 Australian batsman David Warner square cuts for four runs. Photo: Reuters
BENGALURU: Australia's defeat in the home series against South Africa helped them galvanise, opening batsman David Warner said on Wednesday ahead of the second test against India. Australian cricket plunged into a crisis after a 3-0 whitewash in Sri Lanka was followed by successive home defeats to South Africa. After a national outcry forced wholesale changes, Steve Smith's men recovered by winning the final test against South Africa in Adelaide before beating Pakistan 3-0. In Pune, they took just two-and-a-half days to secure a first test triumph in India since 2004, handing out a 333-run thumping to a side that had gone 20 tests without tasting defeat on home soil. "It was obviously quite painful, that loss at home. South Africa outplayed us, but we've moved on from that and Smudge (Smith) got us all together and we galvanised well," Warner told reporters ahead of Saturday's second test. "I think it takes a loss like that at home sometimes to really get guys going. It's not that we needed that, it's just the fact it’s a bit of a reality check that you can have one bad session, and it can be taken away from you even on home soil." Warner made 38 and 10 in Pune but opening partner Matt Renshaw made an eventful India debut as Australia went 1-0 up in the four-match series. The 20-year-old battled a stomach bug and raced off the ground while batting to take a toilet break. He returned to hit a 68 and then another 31 in the second on a difficult pitch for batting. "He played fantastic," Warner said. "It could have been a different story if he stayed out there or he didn't come off but the way he played and the way he adapted from coming off, being sick and going back out there was credit to him. "We've never seen him play in these conditions as well, so we know how he can play and that's the good thing about this game."
#India #Australia #South Africa #Steve Smith #Sri lanka #David Warner
You May Also like: