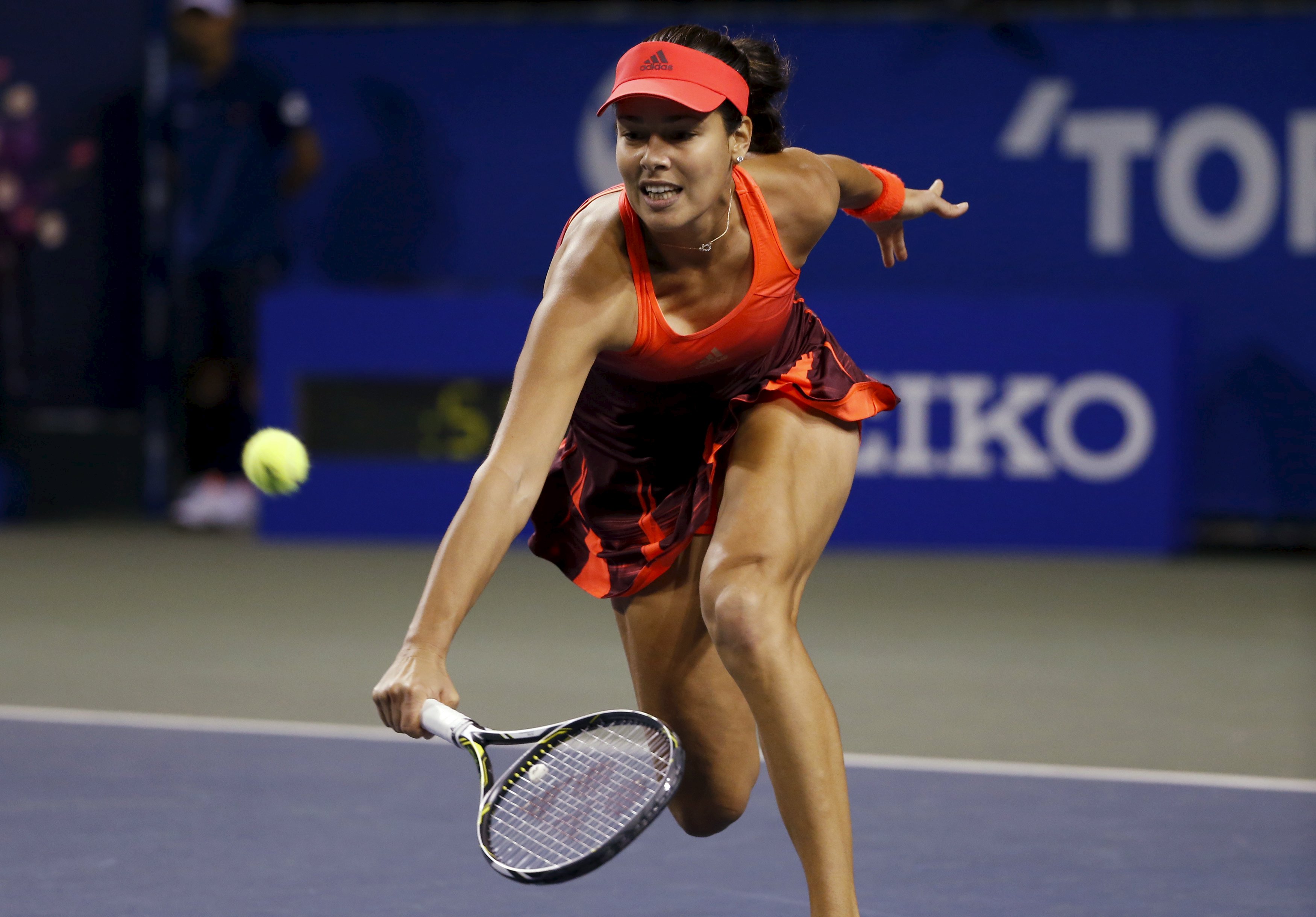 Ana Ivanovic of Serbia returns a shot to Camila Giorgi of Italy during their Pan Pacific Open women's singles tennis match in Tokyo, Japan, September 24, 2015. Photo: Reuters
Tokyo, September 24 Defending champion Ana Ivanovic survived a brave challenge from Italian Camila Giorgi on Thursday at the Pan Pacific Open, managing a tough 7-5, 6-2 victory. The victory put the Serb second seed in a quarter-final against Dominika Cibulkova in a rematch of the US Open where Ivanovic was ousted by the Slovak. In Tokyo, Ivanovic struggled to keep full control of the match particularly during the first set when she suffered five double faults, as Giorgi fired a succession of big serves and deep returns to keep their gap within close margins. In the second set, Giorgi led 2-0, as the world No 12 Ivanovic vented her frustration. Later, however, Ivanovic snapped back winning the next six straight games and the set 6-2 in one hour and 39 minutes. “I am very happy to have the victory because it was a very, very tough match,” said Ivanovic, who won the Tokyo event last year by beating Caroline Wozniacki. The Dane is also here to regain the trophy that she lifted in 2010 and is the top-seed this year. “She (Giorgi) has been playing very well, hitting the balls very deep. I had to stay low and she generated a lot of power on ground strokes as well as serves,” Ivanovic said. The Serb said she was eager to fight Cibulkova. “I really feel like I am ready for revenge. I had great preparation. I really did everything possible to get in shape,” she said. “Hopefully, I can get the better of her this time,” she said. In other matches, Agnieszka Radwanska, 2011 Pan Pacific winner, cruised by Elina Svitolina with a 6-4, 6-1 victory. In a quarter-final, the seventh-seed Pole will face fourth-seed Czech rising star Karolina Pliskova, who beat Kurumi Nara of Japan 6-2, 6-4. Radwanska won all of their three previous matches. Cibulkova beat sixth-seed Carla Suarez Navarro 6-4, 6-4.
#Ana Ivanovic #Tokyo #Pan Pacific Open
You May Also like: