Klopp praises match-winner Can for playing through pain 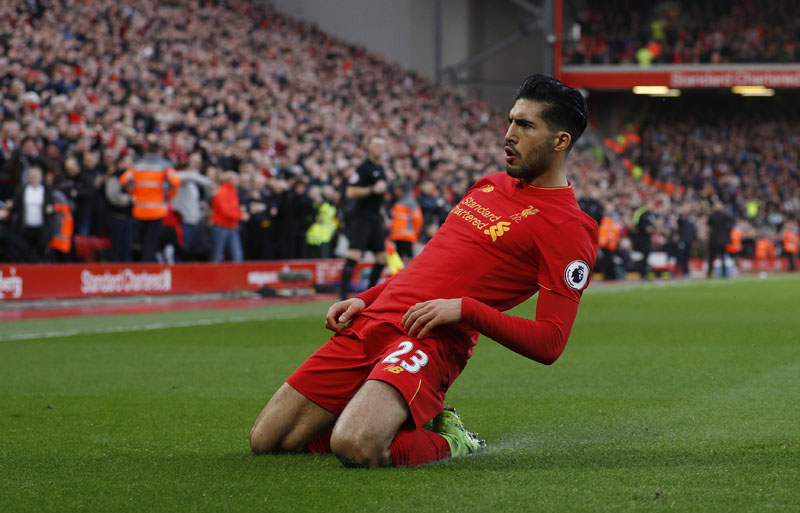 Liverpool's Emre Can celebrates scoring their second goal. Photo: Reuters
LONDON: Liverpool manager Juergen Klopp has praised midfielder Emre Can's resilience for playing through calf problems throughout the season after the German scored the winner in the Premier League victory over Burnley on Sunday. Can's long distance strike on the hour completed a 2-1 comeback victory for the Merseyside club after fellow midfielder Georginio Wijnaldum had cancelled an early strike from Burnley's Ashley Barnes. "He had a few problems with his calf in the last few months which we couldn't sort quickly enough because sometimes he had it and sometimes not," Klopp told the reporters. "We had a lot of specialists look at it to try to find out. We couldn't say 'go on holiday for four weeks and see if it gets better', we couldn't do that. "It looks like we have found the solution now and he doesn't have the problems any more." The German international was partially responsible for Burnley's opener, allowing visiting full-back Matthew Lawton the space to cross for Barnes to score but Klopp opted to focus on Can's positive performance in the second half. "In the first half, for their goal, he should have made the challenge before they made the cross," Klopp added. "We have to react, and he reacted well second half." Liverpool, who are fourth in the league, visit third-placed Manchester City on Sunday before hosting seventh-placed Everton in Merseyside derby on April 1
#Liverpool #English Premier League #Juergen Klopp #Emre Can
You May Also like: