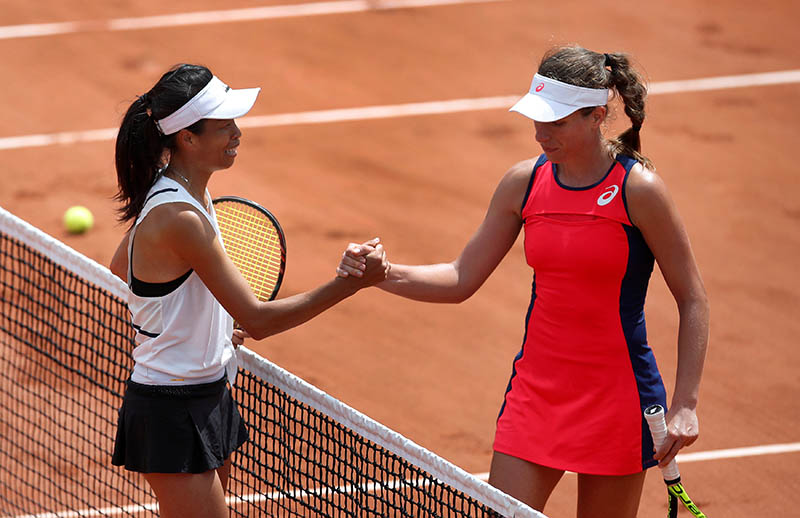 PARIS: Johanna Konta suffered a painful personal Brexit at the French Open on Tuesday, sliding out 1-6 7-6(2) 6-4 at the hands of Hsieh Su-Wei in the opening round of the claycourt grand slam.

But almost as soon as she had asserted her dominance, the Briton relinquished it, allowing her opponent to settle into a metronomic rhythm of awkward double-fisted groundstrokes off both sides.

Time after time Hsieh spooned clumsily-hit groundstrokes deep into the Philippe Chatrier court, sidespun or sliced, for Konta to swipe her replies wide or long.

And once the Taiwanese had levelled matters in a second-set tiebreak, she had all the momentum, while Konta continued to spray errors all around the arena.

Fittingly, it was yet another lame forehand into the net that sealed the Briton's fate, as she was left to return to London to prepare for Wimbledon.

Hsieh has a second-round clash to look forward to, and could barely contain her delight.

"Thank you for my team," she giggled, as Konta gathered up her bags and left the court.

"Merci beaucoup for the match today."

#French Open #Johanna Konta #Hsieh Su-Wei
You May Also like: