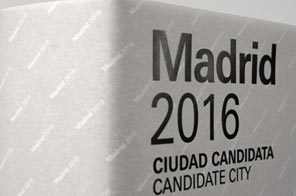 COPENHAGEN: The human touch was the promise Madrid made to the IOC here Friday in the city's final presentation to win the right to host the 2016 Olympic Games.

Samaranch junior told his audience: "Our main feature is the human touch - putting individuals as people in front of infrastructure.

"We invite you to join us in this quest so that we can spread the magic. We are united in the belief that Madrid will deliver the most inspirational Games in 2016."

He emphasised that Madrid, which lost out to London for 2012, were safe custodians of the Olympic ideal

"Madrid did not achieve the Games before but I do not consider that a failure - in sport the only failure is to give up. I'm convinced we can learn from the past."

Zapatero then took the floor to assert: "Madrid has a good and firm project with 77 percent of necessary infrastructure is ready.

"This is a sure candidacy as Spain has shown it can brilliantly organise sports and cultural events."

And the bid team's chief, Mercedes Coghen, assured the IOC: "We are offering you a truly international Olympic Games that will touch the lives and inspire more people than ever before."

It was then the turn of Samaranch senior, who with plenty of emotional credit in the Olympic bank after all his years of service, asked his IOC colleagues a favour.

"I am 89 years old and near the end of my time - may I ask you to grant my country the honour and duty to organise the Games in 2016."

King Juan Carlos, who competed with Samaranch's successor as IOC chief, Jacques Rogge, at the 1972 Munich Games, has been a passionate backer of Madrid's bid.

First underlining his family's links with the Olympic movement he went on to say: "I am convinced the world will be a better place to live in after Madrid 2016.

"By 2017 I have no doubt the Olympics will have changed lives forever."

Madrid's regional governor Esperanza Aguirre stressed the bid had the backing of all levels of government - city, regional and national.

"It's vital that all levels of government work together toowards a common goal.

"We have excellent sports venues - good security, hotels and hospitals. Our offer goes well beyond your (the IOC's) expectation.

"Games can improve the lives of all our citizens in a society which is open, inclusive and cosmoplitan."

#Madrid play the human card to win 2016 Games
You May Also like: