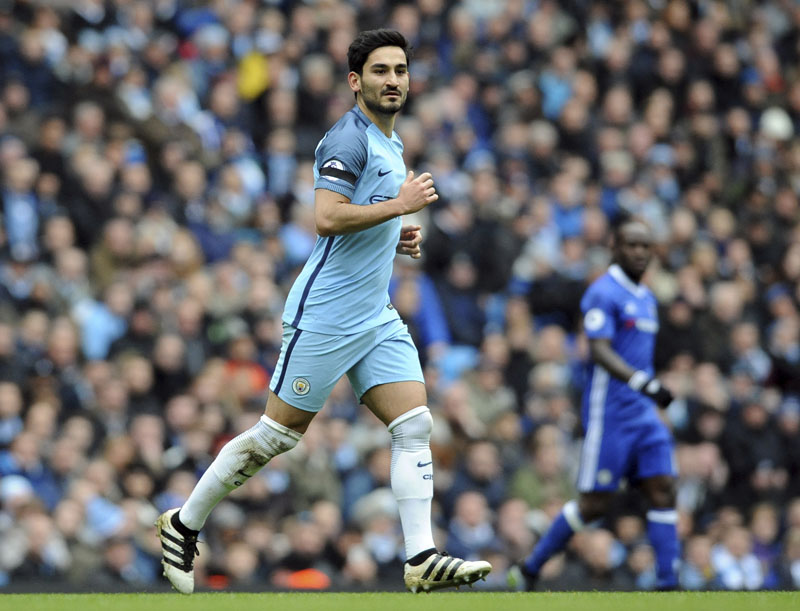 File - Manchester City's Ilkay Gundogan runs during the English Premier League soccer match between Manchester City and Chelsea at the Etihad Stadium in Manchester, England, on December 3, 2016. Photo: AP
MANCHESTER: Manchester City midfielder Ilkay Gundogan faces a lengthy layoff after sustaining cruciate ligament damage.
The Germany international fell awkwardly in the first half of City's victory over Watford at Etihad Stadium on Wednesday and limped off in clear distress following an unsuccessful attempt to play on. City is not yet able to put a timescale on the length of lay-off facing the 26-year-old Gundogan, who will undergo knee surgery. The club says, "Gundogan will now be assessed further to discover the exact extent of his injury." It is the former Borussia Dortmund player's second serious knee injury of the year having dislocated the patella of the same joint playing basketball before joining City in the offseason. After missing the first six games of the season, he has since made 16 appearances and scored five goals.
#Watford #Manchester City #Etihad Stadium #Ilkay Gundogan #Gundogan knee ligament injury
You May Also like: