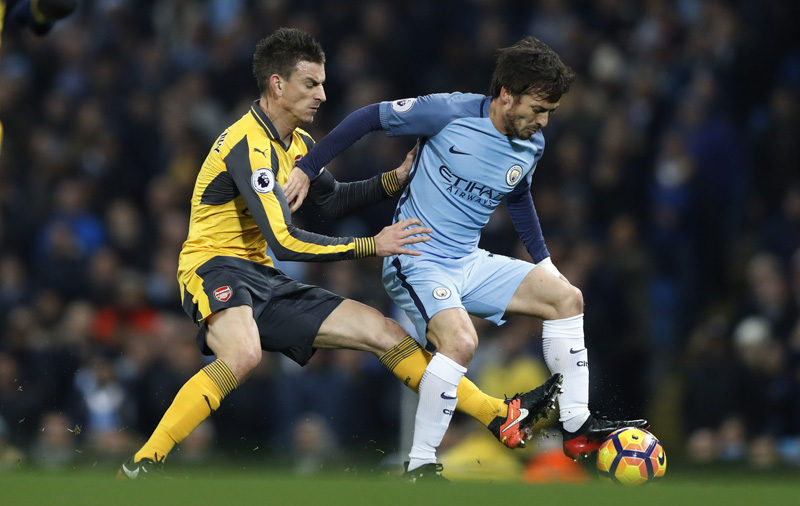 LONDON: Second-half goals from Leroy Sane and Raheem Sterling stunned Arsenal at the Etihad Stadium on Sunday as Manchester City came from behind to win 2-1 and move seven points behind leaders Chelsea.

Although the visitors looked to have got over Monday's 2-1 defeat at Everton by scoring on four minutes when Theo Walcott rounded off a thrilling three-man move, they ended up losing the lead, and all three points, for the second time in five days.

City, who had looked hesitant before the break, transformed into an irresistible attacking force after the interval and equalised on 47 minutes when Sane rounded off David Silva's precision pass with his first goal since his 46-million-pound ($57.49-million) move from Schalke.

Sterling scored the winner after 71 minutes, picking up Kevin de Bruyne's raking crossfield pass to cut inside on to his left foot and beat Petr Cech at the near post. The result dropped Arsenal to fourth place.