Manchester United beat Everton as Charlton has stand named after him 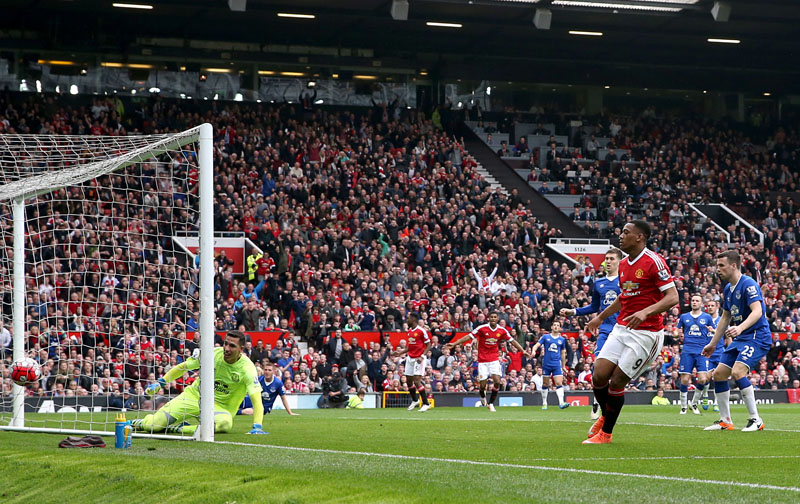 Manchester United's Anthony Martial (right) scores his side's first goal of the game, during the English Premier League soccer match between Manchester United and Everton, at Old Trafford, in Manchester, England, on Sunday April 3, 2016. Photo: Martin Rickett/PA via AP
MANCHESTER: Anthony Martial kept Manchester United a point behind neighbor Manchester City in the quest for Champions League qualification on Sunday, clinching a 1-0 victory over Everton. United remains fifth but has seven games left to try to break into the top four. The 20-year-old Martial netted in the 54th minute at Old Trafford on the day United great Bobby Charlton had a stand named after him during a pre-match ceremony. The 78-year-old Charlton, who remains a United director, was accompanied on the field by wife Norma to see his name unveiled above the South Stand. Charlton survived the 1958 Munich air disaster which killed eight United teammates during a career that saw him win the English title three times, the European Cup and the 1966 World Cup with England.
#English Premier League #Manchester United #Everton
You May Also like: