Mane urges Liverpool to finish season on the front foot 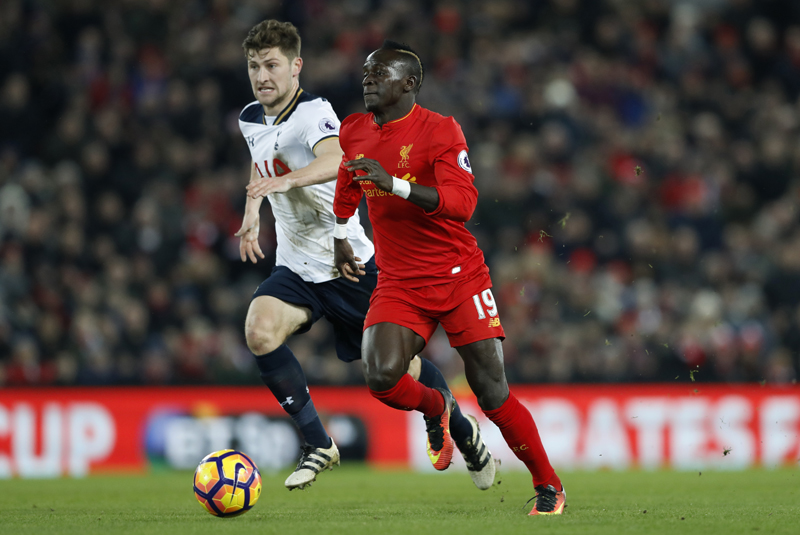 LONDON: Liverpool must not dwell on their woeful start to 2017 but instead use it as motivation to turn their faltering season around, forward Sadio Mane has said.

The Merseyside club's Premier League victory over Tottenham Hotspur on Saturday not only marked their first league win of the year but was also just their second victory in 11 games.

"It's too early to speak about what's going to happen but the confidence is back in this team now," Mane told British media. "We have a team with great qualities. What happened has happened."

Liverpool's title bid has collapsed in recent weeks as their poor form has dropped them to fifth, 11 points behind Chelsea after 25 games.

"We can't change that but the motivation is there to keep improving and get whatever we can from the rest of the season. Those kind of moments can happen in a season," added Mane.

"We had three or four difficult weeks but we are out of that now. We have to take it game by game and try to win every game between now and the end of the season.

"We have time to rest and time to train so we need to use that."

Liverpool, who will have a five-day training camp in Spain, travel to 17th-placed Leicester City on Feb. 27.