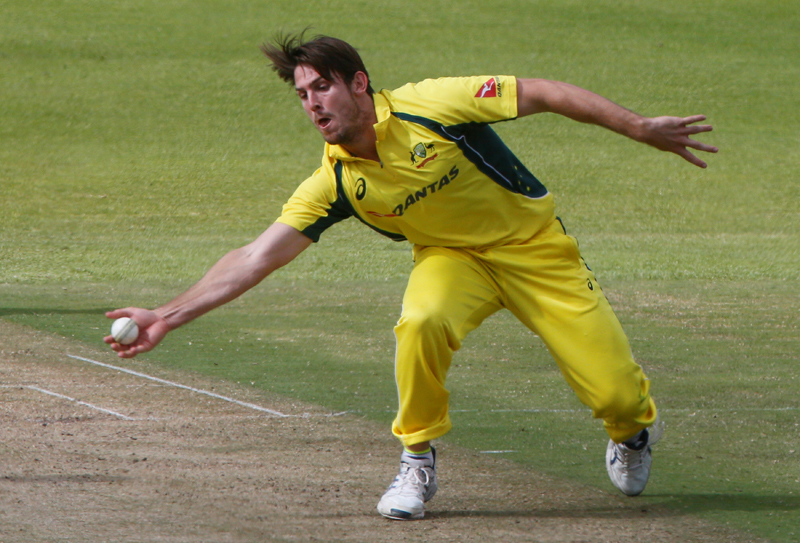 Australia's Mitchell Marsh blocks a shot. Photo: Reuters
MELBOURNE: Australian all-rounder Mitchell Marsh requires reconstructive surgery on his shoulder injury which will sideline him for up to nine months and end his hopes of participating in this year's Ashes series, local media reported on Monday. Marsh, a pace-bowling all-rounder, struggled with the shoulder injury throughout Australia's home summer and was ruled out of Australia's remaining two tests in India last week. Surgery, which the Western Australian newspaper said was "vital" if he was ever to bowl at full pace again, would effectively put the 25-year-old out of contention for the home Ashes series, which starts in Brisbane in late November. Marsh was hailed as the solution to Australia's lack of a quality all-rounder when he made his test debut in late 2014 but has been widely criticised for his contributions in the longer format with returns of 674 runs and 29 wickets in 21 matches. During the first two tests against India at Pune and Bengaluru, the Western Australian scored 48 runs in four innings and bowled just five overs.
#Australia #surgery #Mitchell Marsh #TEST MATCH CRICKET
You May Also like: