Nadal races into final as he chases Vilas record 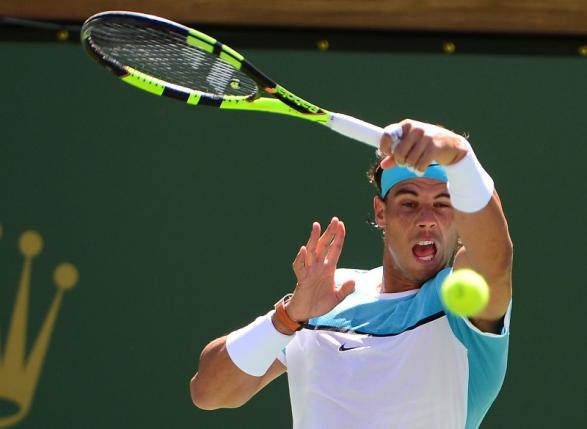 Rafael Nadal, bidding for a record 49th claycourt crown, reached the final of the Barcelona Open for the ninth time by beating German Philipp Kohlschreiber 6-3 6-3 on Saturday.

Nadal will equal former Argentine great Guillermo Vilas' record of 49 titles on clay if he wins on Sunday.

"Today I played my worst game of the tournament. I don't like the way I played because I committed too many errors," said the former world number one.

"I messed up my backhands but it was also important I only conceded one break point in the whole game, that's the most positive thing."

Nadal won the Monte Carlo Masters crown last week and said the accumulation of games affected his performance against Kohlschreiber.

"I've been competing for two weeks in a row and it's normal for me to have a bad day. I hope that tomorrow I can do better," he added.

"This means I’m doing well and that every day I have found solutions to keep winning."

Nadal has won the Barcelona Open eight times since 2005, last lifting the trophy in 2013.

Nishikori has triumphed in the last two editions and the Spaniard said the world number six would put him to the test on Sunday.

"He's having a good year," said Nadal. "He's a fast player and will be very difficult to beat, he gives you no time to react and is one of the best in the world."

#Barcelona #Rafael Nadal #Philipp Kohlschreiber
You May Also like: