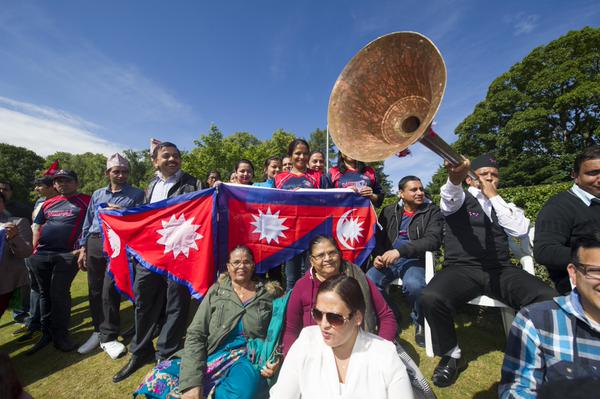 Nepalis in Scotland gather to support Nepal in the match against Scotland at Ayr. Photo: Cricket Scotland
KATHMANDU: Nepal will play their second match of the ICC World Cricket League Championship against Scotland at Cambusdoon New Ground in Ayr on Friday. After losing the first match in thriller against the hosts Nepal will try to earn point in the championship. Nepal are placed in seventh position in the point table without a point, while Papua New Guinea are at bottom losing both of their matches. Nepal qualified for the championship after Afghanistan and Ireland were awarded ODI status and the team finishing third and fourth, Kenya and Nepal, in the Pepsi ICC World Cricket League Division 2 in Namibia were included.