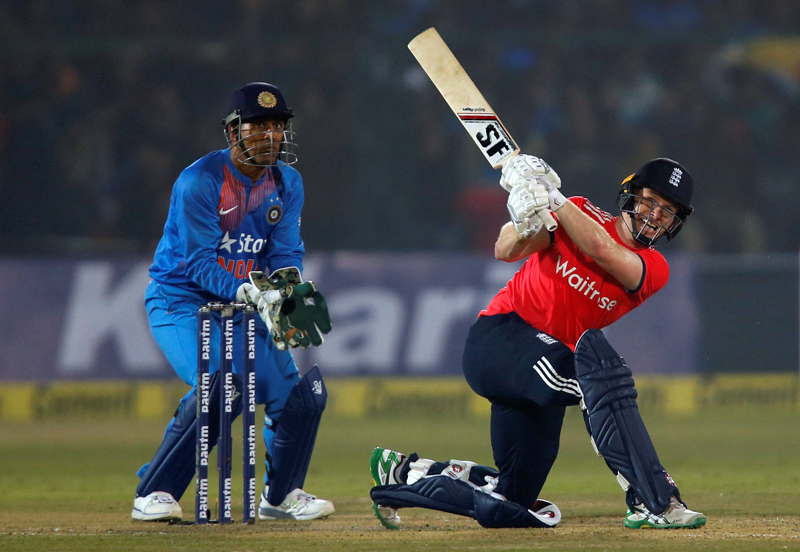 England's captain Eoin Morgan plays a shot. Photo: Reuters
LONDON: The new Twenty20 tournament being planned by the England and Wales Cricket Board will not hurt the existing 18 counties, England's limited overs captain Eoin Morgan has said. None of England's county sides are due to feature in the event due to start in 2020. Instead, it will involve eight city-based teams playing 36 games in 38 days and hopes to rival the Indian Premier League and Australia's Big Bash. "I don't think it will damage county cricket at all," Morgan told British media. "It's not a gamble. It's proven in other countries that it is possible to have it all. We are never going to lose our core cricket fans." The counties are being asked to agree a change to the ECB constitution, which currently says each competition must be open to them all. In return, each county would receive a financial inducement of 1.3 million pounds ($1.62 million) annually for five years. The ECB announced on Tuesday that its board had given its unanimous support to trigger the formal process. "And so even if this doesn't work, we can always go back. Although I think it will," Morgan added. "Change is always difficult but I don't see this as change. It probably should have happened a while ago. The purpose of this tournament will be to grow the game."
#Eoin Morgan #England #Indian Premier League #Twenty20 tournament #England and Wales Cricket Board #Australia's Big Bash #T20 tournament
You May Also like: