Pakistan on verge of first test series win in Caribbean 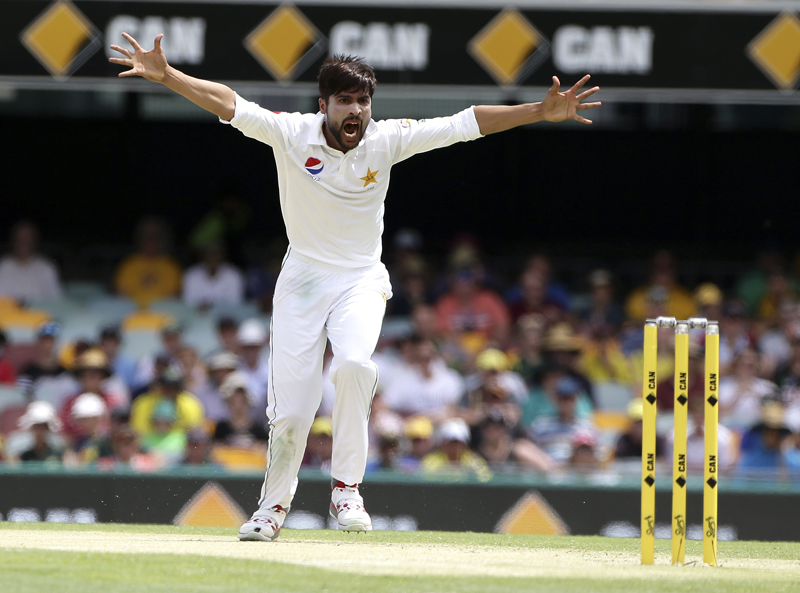 ROSEAU: Pakistan put the onus on its bowlers to win a first test cricket series in the Caribbean after setting the West Indies 304 to win the third test and taking an early wicket on Saturday.

After 14 wickets fell on the slow fourth-day pitch, Pakistan was in command heading to the last day.

The visitors quickly bowled out the West Indies in the morning for 247 and a first-innings lead of 129. Their tail extended the advantage after the top order collapsed, lifting Pakistan from 90-7 to declaring at 174-8 with a lead of 303.

When West Indies opener Kieran Powell gave up his wicket to legspinner Yasir Shah for the second time in the test, stumps were taken and the home side was 7-1, 297 runs and a long way from a face-saving draw let alone a victory.

Misbah-ul-Haq and Younis Khan, who stayed with Pakistan so they can retire their test careers on Sunday with an historic series win, couldn't finish their test batting careers in style.

They walked off in style though.

Both were out going for sweeps against legspinner Devendra Bishoo, Misbah on 2 and Younis on 35 just before tea.

Both batsmen received congratulatory handshakes from the West Indies players, and their teammates had guards of honor waiting for them on the boundary.

Misbah will leave as one of Pakistan's greatest captains, and Younis as the team's highest run-scorer. But on this day, they contributed to a collapse.

Medium-pacer Alzarri Joseph took out the next three wickets of Sarfraz Ahmed (4), Asad Shafiq (13) and Mohammad Amir (27) in the last session but bowlers Amir and Shah had already done the damage with their bats.

Their 61-run partnership, surviving a couple of chances, ensured Pakistan closed in on a lead of nearly 300.

The day started with the West Indies in relative comfort, but it didn't take long for the theme of the day to present itself.

The West Indies, 218-5 overnight, added only 29 runs in 15 overs for the loss of five wickets, including Roston Chase (69), who retired hurt on Friday with an elbow injury. Chase added nine more runs before he was bowled by Mohammad Abbas, who got his first test five-for with 5-46.

Chasing its first test series win in the Caribbean, Pakistan won the first test by seven wickets., and West Indies clinched the second by 106 runs.