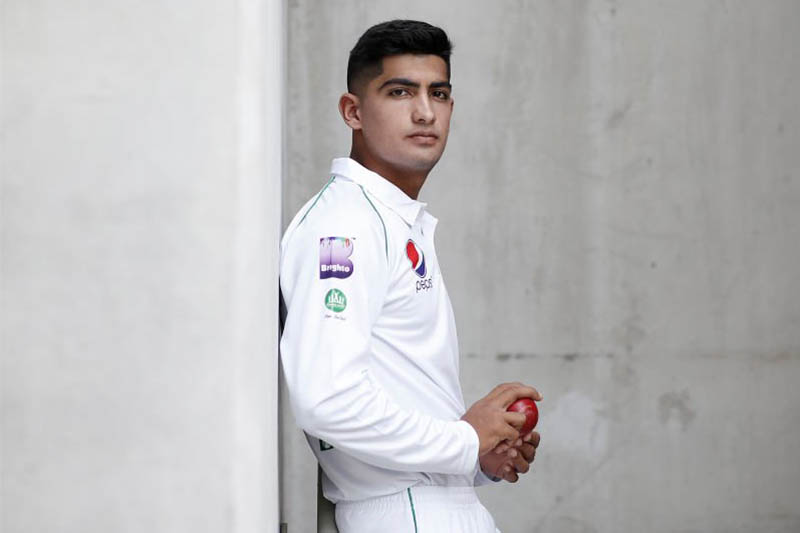 SYDNEY: Pakistan will take a huge gamble in the first test against Australia in Brisbane on Thursday by giving 16-year-old schoolboy quick Naseem Shah his debut.

Many a more-experienced fast bowler has wilted on Australia's hard tracks but Pakistan skipper Azhar Ali is backing the teenager, who has only seven first class matches under his belt, to deal with the situation.

"We'll announce the side tomorrow but he's definitely going to be part of it.

"Not many players can reach that standard so early but there are exceptions and he's one of them. We are all looking forward to him having a very successful career.

"When I saw him first, I was so surprised at the control he had and the pace he had and, on top of it all, the temperament and the composure when he bowls is so exciting to see."

Naseem, who will become the youngest player to make his test debut in Australia, is likely to face the best batsman in the world in Steve Smith over the course of the match but Ali said he would feel no need to protect the youngster.

"The good thing about him is he's very fit," he added. "I've captained him in first class matches so he has overs in his belt. I have no doubt in his fitness or his bowling."

Ali said Naseem had been a "bit shy" when he came into the team but had started to open up a bit, even if he had already endured a torrid start to his career as an international cricketer when his mother died while he was in Australia.

"He lost his mother last week and that was very tough for him but he bowled the next day (which) was a very hard thing to see," he said.

Ian Craig holds the record as the youngest test debutant in Australia after taking the field at the Melbourne Cricket Ground as a 17-year-old against South Africa in 1953.

One of many talented young batsmen to have been anointed the 'new Donald Bradman', Craig scored a half century in his first test and went on to become Australia's youngest captain but never quite lived up to the billing.

Current captain Tim Paine said Australia had been preparing to face Naseem at the Gabba.

"Certainly at test level it's a bit unusual but by the looks of him he looks a really exciting talent," he told reporters.

"Pakistan have got a knack of finding these young fast bowlers. He looks like another one that's going to add to that rich history of fast bowlers they seem to produce."

The second test in the two-match series is a day/night test in Adelaide from Nov. 29 to Dec. 3.

#Pakistan Cricket Board #Naseem Shah
You May Also like: