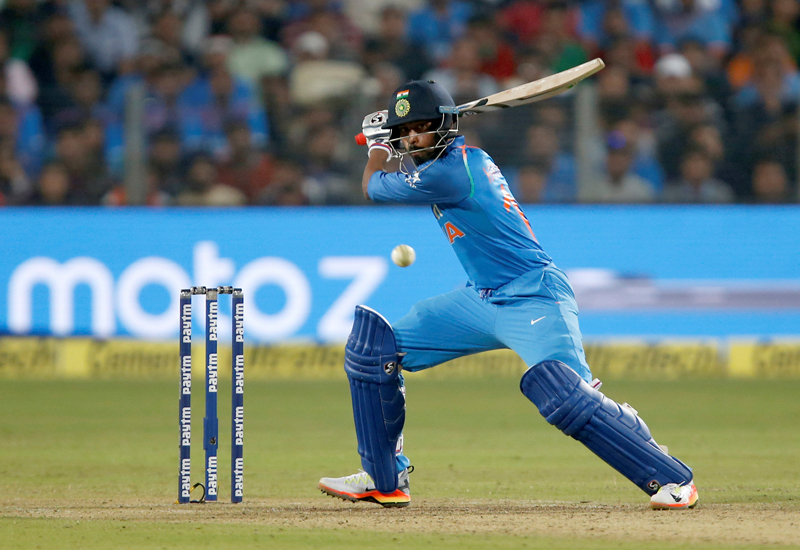 MUMBAI: Hardik Pandya will be a key cog in India's tilt at the Cricket World Cup this year but the past few months have been a "reality check" for the all-rounder, who has had to deal with injury problems and controversy off the field.

India has produced a plethora of spin-bowling all-rounders suited to Asian conditions but past tours to Australia, England and South Africa have highlighted the need for a batsman who can turn his arm to fast bowling.

While Pandya is considered one of the cleanest strikers of the ball and is viewed as having the potential to address that need, his career has been dealt some recent setbacks.

The 25-year-old had to leave the Asia Cup last September after suffering a back injury, which ruled him out of the T20 and test series in Australia. He joined the team as an injury replacement for the fourth test but was not selected.

Pandya and team mate KL Rahul were then sent home from India's tour of Australia and subsequently banned after making remarks that were widely condemned as sexist and inappropriate in a television show interview.

The bans were provisionally lifted pending a board investigation but Pandya then missed India's limited overs home series against Australia, their last before this year's World Cup, with lower back stiffness.

He was back at his best for the Mumbai Indians on Wednesday, smashing 25 off eight deliveries with the bat and then picking up 3-20 with the ball to help his team beat champions and table-toppers Chennai Super Kings by 37 runs.

"It has been seven months that I have hardly played games. I've just batted and batted and batted, and touch wood the game is getting improved," Pandya said after being handed his man-of-the-match award.

"I am someone who wants to improve my game day by day. That's something I was focusing all those time I was out. Touch wood it is helping me. It is a fantastic feeling when you hit the ball like that and make your team win."

Pandya has his eyes trained on the May 40-July 14 World Cup in England and Wales.

"This Man-of-the-Match I would really like to dedicate to my family and my friends who were there for me during my toughest time," he said.

"Because these seven months has not been easy. I was out and then I didn't know what to do. That kind of made me feel that I should have a reality check on my life (about) what I am doing and which is helping me.

"Now my only focus is to play IPL and make sure India wins the World Cup. That is my sole purpose."