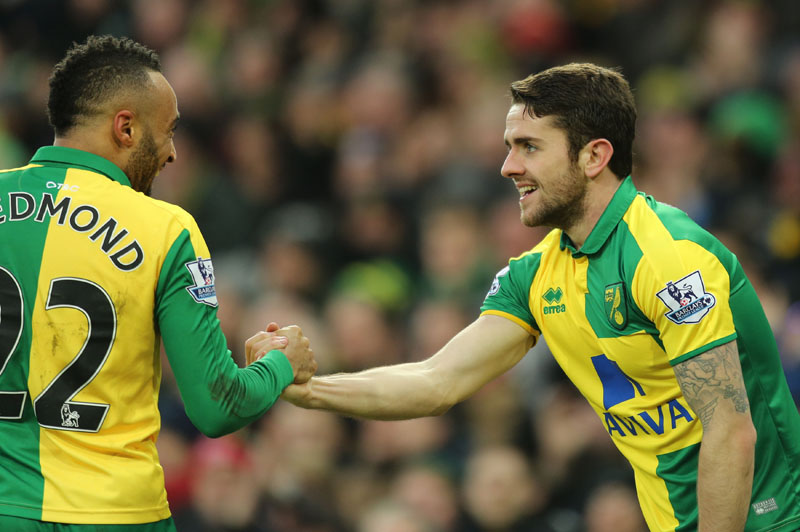 Norwich City's Robbie Brady (right) celebrates scoring against West Ham United with teammate Nathan Redmond during the English Premier League soccer match at Carrow Road, Norwich, England, on Saturday, February 13, 2016. Photo: Chris Radburn/PA via AP
NORWICH: Dimitri Payet scored one goal and set up another to inspire West Ham's comeback from two goals behind in a 2-2 draw at Norwich in the Premier League on Saturday. Two days after signing an improved deal with West Ham, the France midfielder again showed his worth by slotting home from close range in the 74th minute to make it 2-1, before laying the ball off for Mark Noble to equalize from the edge of the area in the 76th. Norwich ended a six-match losing streak but it will feel like two points dropped after Robbie Brady's opener in the 54th was added to by Wes Hoolahan in the 65th. Third-from-bottom Norwich stayed in the relegation zone with 12 games left.
#English Premier League #Norwich vs West Ham
You May Also like: