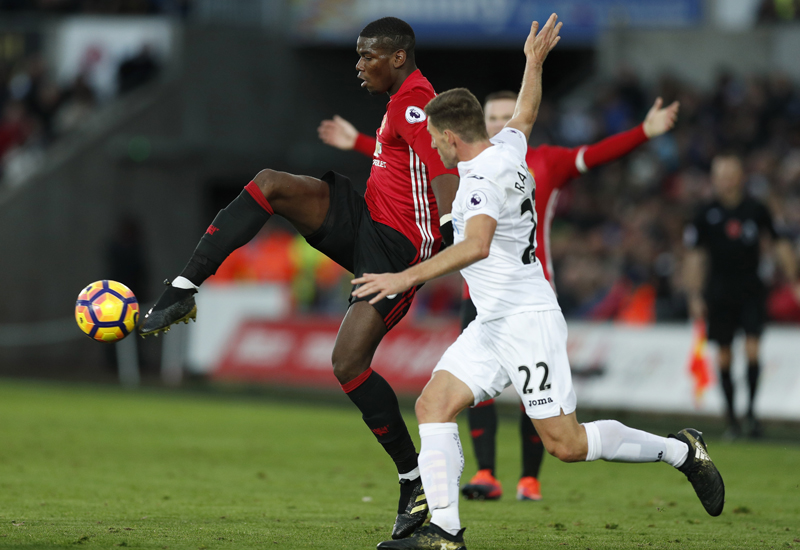 Manchester United will take on Saint-Etienne in the last 32 of the Europa League, with Jose Mourinho’s side hosting the French club in the first leg, after Monday’s draw.

The tie will see United and France midfielder Paul Pogba, the world’s most expensive player, come up against his elder brother Florentin, the Guinea international defender. “That’s a nice thing,” said Mourinho at a press conference on Monday.

“Paul was already laughing about it and for sure his brother is also laughing. It has happened a few times in the history football and it’s a nice thing,” Mourinho added.

The teams met in the now defunct Cup Winners’ Cup first round in 1977, with United winning 3-1 on aggregate. On that occasion, United were forced to host the second leg in the southern English city of Plymouth, 450 kilometres away, following crowd trouble in the first leg in France.

Mourinho’s men finished second in Group A behind Fenerbahce of Turkey while Saint-Etienne topped Group C. After also having to go to Ukraine to face Zorya Luhansk in the group stage, United’s Portuguese manager is pleased that there will be no long away trip this time.

Saint-Etienne, 10-time French champions and European Cup runners-up in 1976, are currently eighth in Ligue 1. The other Premier League representative, Tottenham Hotspur, will face Gent of Belgium after being eliminated from the Champions League at the group stage.

Villarreal of Spain will face Italian giants Roma in one of the standout ties, while Bundesliga club Borussia Moenchengladbach were drawn against Fiorentina of Italy.

The first legs will be played on Thursday, February 16, with the return matches a week later.