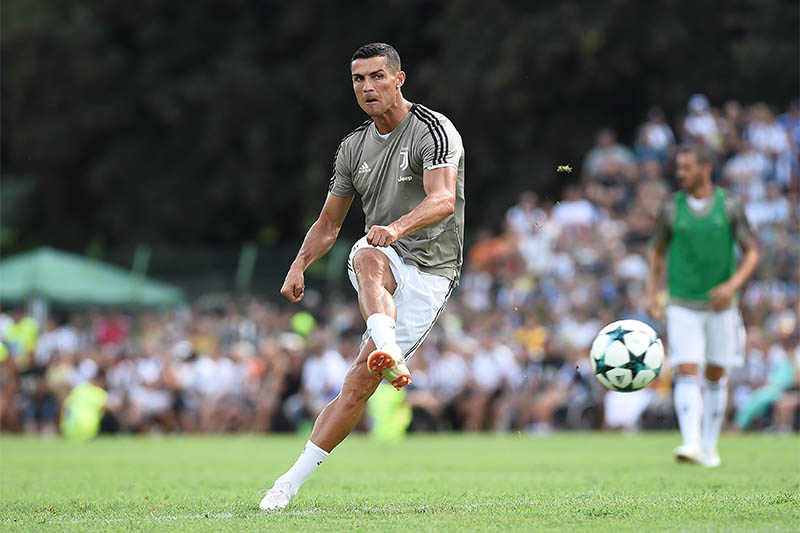 Juventus' Cristiano Ronaldo warms up before the match. Photo: Reuters

ROME: Cristiano Ronaldo will be suspended for only one game after his dismissal in the Champions League, paving the way for his return for Juventus against his former club Manchester United, European soccer's governing body UEFA said on Thursday.

Ronaldo's Champions League debut for Juventus against Valencia last week lasted only 29 minutes before he was shown a straight red card for clashing with Jeison Murillo in a 2-0 win. He faced the prospect of missing a return to Old Trafford if his ban was extended.

However, UEFA's Control, Ethics and Disciplinary Body (CEDB) decided the 33-year-old's punishment will not exceed a one-game suspension which means he will only be unavailable for next week's Group H clash at Swiss side Young Boys.

"The CEDB has decided to suspend the Juventus Football Club player Cristiano Ronaldo for one UEFA competition match for which he would be otherwise eligible," UEFA said.

Italian giants Juventus travel to Manchester for their third group fixture on Oct. 23.

Ronaldo played for United from 2003 to 2009 and helped them win Europe's elite club competition in 2008. He then moved to Real Madrid, winning two La Liga titles and four Champions League trophies in nine years.

The five-times world player of the year signed for Juventus in the close season for 100 million euros ($117 million).