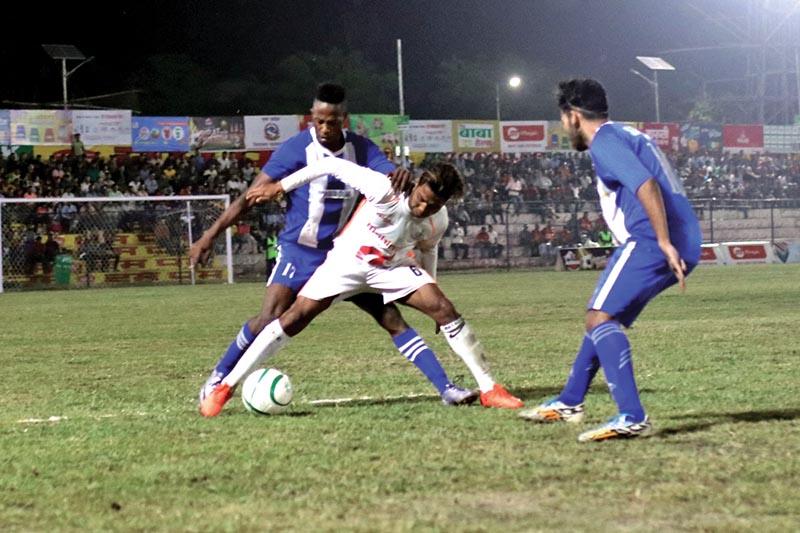 Aditya Chaudhary of APF vies for the ball with CMG Club Sankata players during their Birat Gold Cup match in Biratnagar on Tuesday. Photo: THT

Dihrel Traore's second half solitary goal was enough for Sankata to edge past the departmental side. After the goalless first half, Traore found the back of the nets in the 61st minute.

Both teams also wasted goal scoring chances. Sankata's Laxman Ruchal's free kick in the 35th minute went inches out of the post, while Anil Gurung made a poor finish after receiving a pass from Traore in the 59th minute.

At the other end, APF also came close to scoring on couple of occasions. Nabin Lama's powerful shot was denied by Sankata goalkeeper Sagar Piya in the 81st minute, while the custodian was forced to make another brilliant save when he punched away a free kick from Bishwash Udas in the 88th minute.

On Wednesday, Tribhuvan Army Club will take on departmental rivals Nepal Police Club in the quarter-final match. Top two teams of the event will earn Rs 1.37 million and Rs 500,000 respectively.