In a match which was shifted to ANFA Complex grounds due to the waterlogged field and leakage in the VIP section parapet of the Dasharath Stadium, Machhindra defender Peter Segun scored an own goal and Bijay Shrestha netted one for HSC, who registered their first victory in the seventh round. 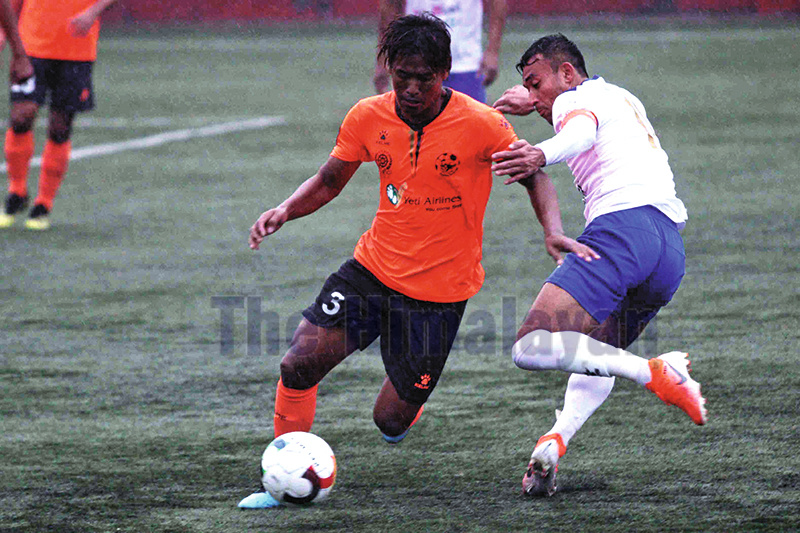 Segun directed the ball into his own nets while trying to clear the ball in the first minute of the math, while Shrestha doubled the tally in the 20th minute with a header following a free-kick from Biraj Basnet.

Machhindra dropped to second behind Tribhuvan Army Club, who were not in action today, after both the teams were tied on 13 points.

MMC, who has managed three each wins and draws in six matches, are at the third position with 12 points. With the win, HSC accumulated six points and moved up to 10th position.

Machhindra goalkeeper Bishal Shrestha denied Kamal Thapa in the 54th minute, while HSC’s Tridev Gurung headed into the hands of the custodian in the 66th minute.

HSC glovesman Kishor Giri rescued his team twice in the 67th minute when he blocked Abhishek Rijal’s shot and denied Rejib Subba in the rebound. Rijal wasted another chance in the 87th minute.

HSC’s Bijay Shrestha was named the Kelme man of the match.