Halep prevails in three sets to advance to semi-finals 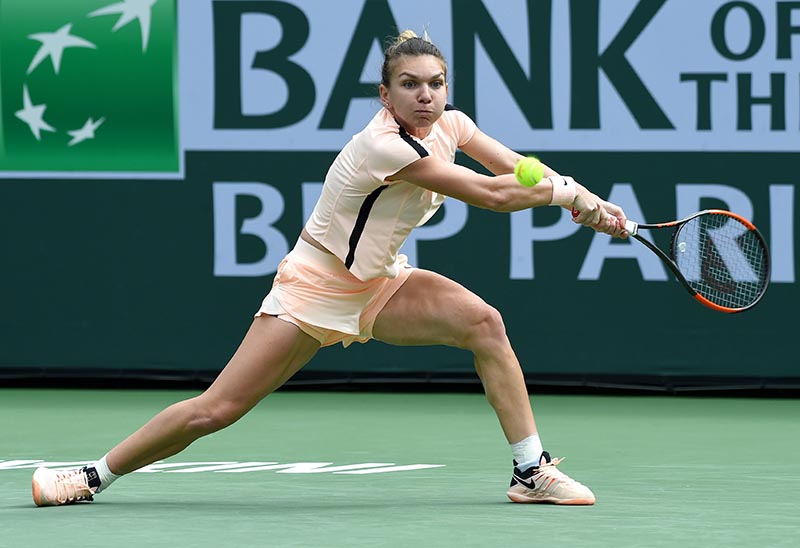 Simona Halep during her quarterfinal match against Petra Martic (not pictured) in the BNP Paribas Open at the Indian Wells Tennis Garden, in Indian Wells, CA, USA, on March 14, 2018. Photo: Jayne Kamin-Oncea-USA TODAY Sports via Reuters
Romanian world number one Simona Halep overcame strong winds and a determined Petra Martic of Croatia to advance to the BNP Paribas Open semi-finals with a three-set victory on Wednesday. Halep's 6-4 6-7(5) 6-3 triumph ensured she advanced to the semi-finals at Indian Wells for the third time. The top seed closed out the match with the quick efficiency of three winners after a series of long games that had swung back and forth on the breezy afternoon. The wind had affected play almost from the beginning with Halep claiming the first set after Martic had pulled within 5-4. Martic built a 5-2 lead in the second set before Halep fought back to level at 5-5. But Martic took the final two points to level the match, capturing her first set from a top three player in her seventh attempt. Halep, however, managed to race away with the match after the third set had been locked at 3-3.
#quarterfinals #Simona Halep #BNP Paribas Open #Indian Wells #Petra Martic
You May Also like: