Sri Lanka's Dickwella gets two-match ban for another misconduct 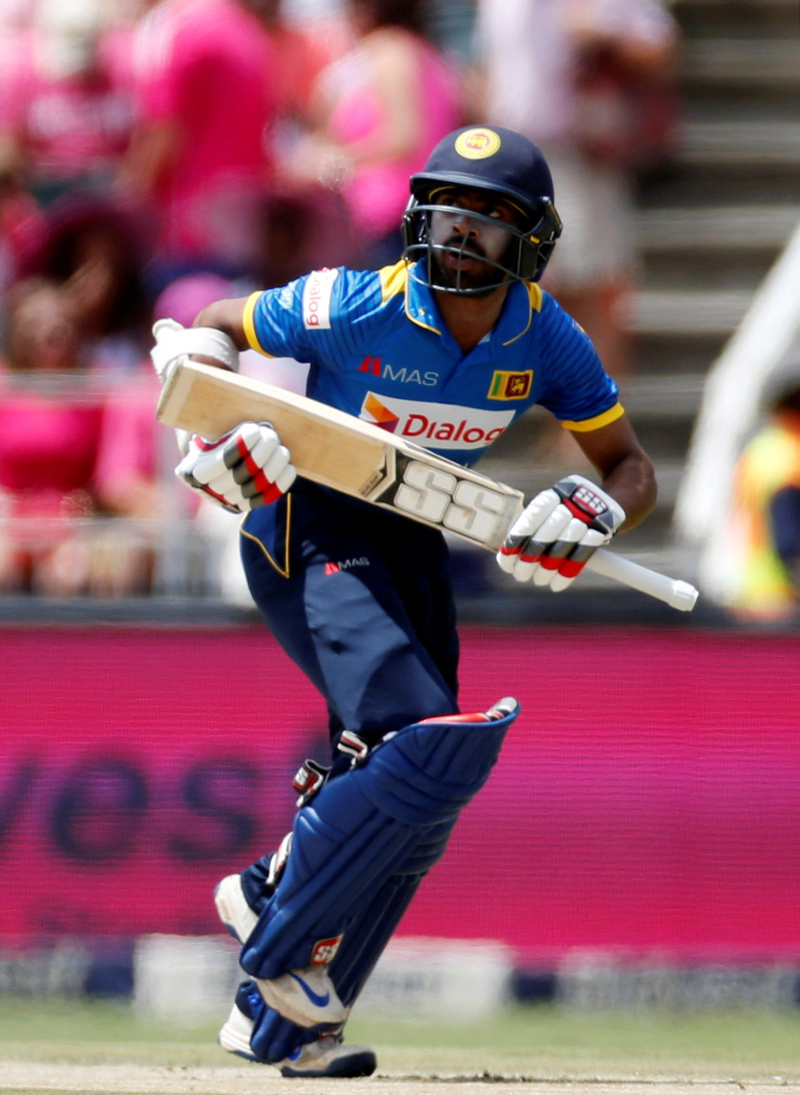 GEELONG: Sri Lanka opener Niroshan Dickwella has been banned for two limited-over matches after his latest breach of ICC code of conduct, the International Cricket Council said on Tuesday.

Dickwella was found guilty of "showing dissent at an umpire's decision" during the second Twenty20 International against Australia in Geelong on Sunday, for which he received two demerit points and was fined 30 percent of his match fee.

If a player accumulates four to seven demerit points within a two-year period they are converted into two suspension points, which brings a ban for one test or two one-day internationals or Twenty20s.

Dickwella was given a 50 percent fine and three demerit points in the fourth ODI against South Africa in Cape Town on Feb. 8, and the two additional demerits means he has exceeded the threshold of four demerits in a two-year period.

The 23-year-old will accordingly miss the third Twenty20 International against Australia in Adelaide on Feb. 22, and Sri Lanka's first ODI against Bangladesh on March 25, the ICC said.

Dickwella was adjudged to have shown dissent when he "kicked the turf and looked at his shoulder for a prolonged period of time" after pausing to view the replay following his dismissal in Geelong, the ICC added.

Australia wicketkeeper Tim Paine was also fined 15 percent of his match fee and given one demerit point for a related incident in the same game.

Paine was found guilty of "using language, actions or gestures which disparage or which could provoke an aggressive reaction from a batsman upon his/her dismissal during an International Match," the ICC added.

Sri Lanka have already wrapped up the ongoing series Down Under after winning the first two Twenty20 Internationals.