Warner bites his tongue, hopes to let bat do the talking 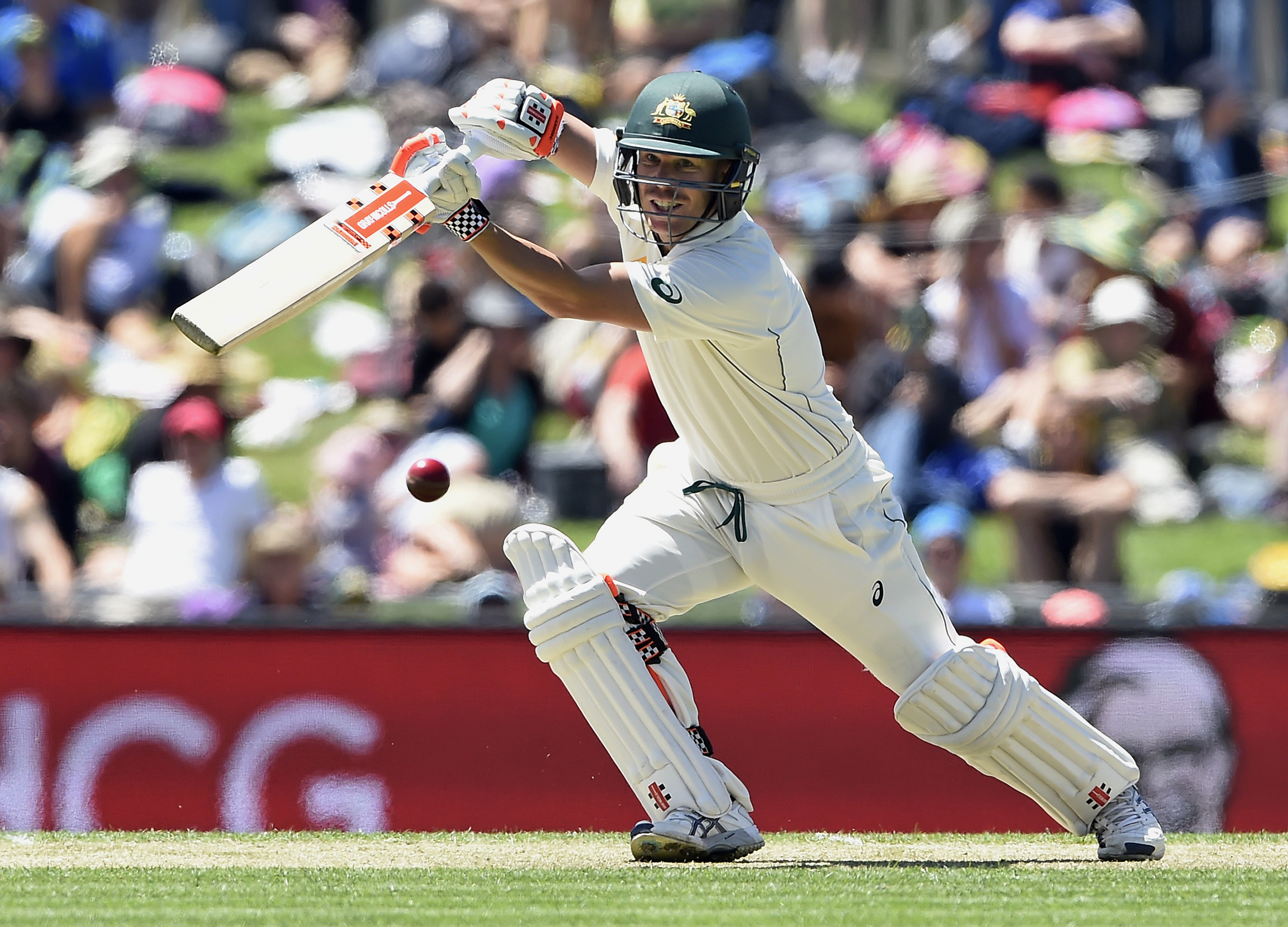 Australia's David Warner bats. Photo: AP
NEW DELHI: Australia's David Warner is refusing to take the bait after being publicly sledged by India's cricketers, but even if he wanted to fire back the struggling opening batsman has few runs to back up any fighting words. The lefthander has cobbled together just 98 runs from four innings in the first two tests of the series in India and has fallen three times to spinner Ravichandran Ashwin -- twice in last week's defeat at Bangalore, which levelled the series 1-1. Warner has regularly punished India's bowlers on the seam-friendly wickets back home, belting them for nearly 50 runs on average, but he has been neutered by the subcontinent's flat pitches where he averages 24.41. India have seized upon Warner's woes, with top-order batsman Cheteshwar Pujara poking fun at the vice captain's struggles against Ashwin, who has dismissed him nine times in his career, the most by any bowler. "They were always under pressure when they walk into bat," Pujara said in a video interview with Ashwin posted on the Indian cricket board's website. "I wanted to make sure their batsmen are thinking about it," Pujara added. "Especially David Warner. Whenever he walks in to bat, Ash is always happy. "So I always keep reminding him that Ash is the one." Warner plundered India for 457 runs in the 2014/15 home series, which Australia won 2-0, and was involved in a number of verbal battles with the tourists, earning him a code of conduct fine in the second test in Adelaide. 'SPIRIT OF CRICKET' Warner, who has since shed his image as Australia's chief aggressor under captain Steve Smith, was unimpressed by the video but said the tourists would not respond in kind ahead of the third test in Ranchi this week. "It’s just a rule of the cricketing world you keep everything on the field ... but that’s up to them. From our point of view, we’ll never do that," he said. “At the end of the day we’re professionals and you have to move on from that stuff. Hopefully both teams will come out and play with the spirit of cricket.” The Bangalore test ended on a sour note, with India captain Virat Kohli alleging his counterpart Smith and Australia had flouted the rules when deciding to review umpire decisions. Cricket Australia boss James Sutherland labelled the accusations as "outrageous" and the affair threatened to sour relations for the rest of the series before the rival boards called a truce on Friday. Warner said he would be "pretty upset" if any Australian players aired grievances publicly in the manner Kohli had, but he was keen to move on. "There's going to be a lot of niggles here and there around certain things, and I think just a few people got out of hand and I think everyone has reined it back in again," he said. "So we're looking forward to getting out to Ranchi and playing a great brand of cricket."
#India #Australia #David Warner #TEST MATCH CRICKET
You May Also like: