Warner hits century as Australia falter to 307 all out 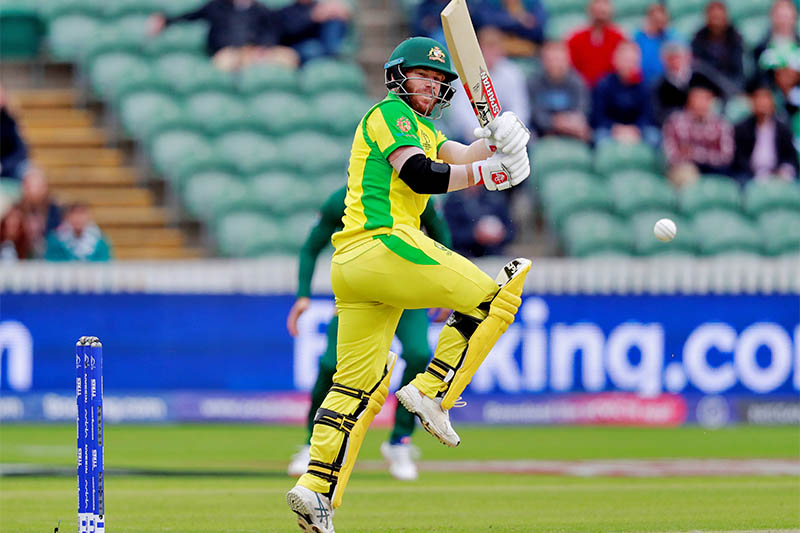 TAUTON: David Warner's first century since returning from his ban helped Australia to 307 all out in 49 overs against Pakistan in Taunton on Wednesday in their fourth match at the World Cup although they had looked on course for a much larger total.

Warner, who shared an opening stand of 146 with skipper Aaron Finch (82), smashed 11 boundaries and a six in his 107 as Pakistan skipper Sarfaraz Ahmed's decision to field after winning the toss initially backfired.

With the exception of the excellent Mohammad Amir, Pakistan's attack struggled early on, not helped by woeful fielding, but when Warner sliced Shaheen Afridi to Imam-ul-Haq at deep point, Australia's innings faltered.

When Warner, who was superb in posting a 15th ODI century, departed, Australia were 242-4 from 37.5 overs but Pakistan limited the damage with Amir in superb form.

Wahab Riaz and Hasan Ali chipped in with important wickets but it was Amir who almost single-handedly dragged Pakistan back into the match.

He removed Usman Khawaja (18) and Shaun Marsh (23) then had Alex Carey lbw for 20 before wrapping up the Australia innings when Mitchell Starc flat-batted straight to Shoaib Malik.